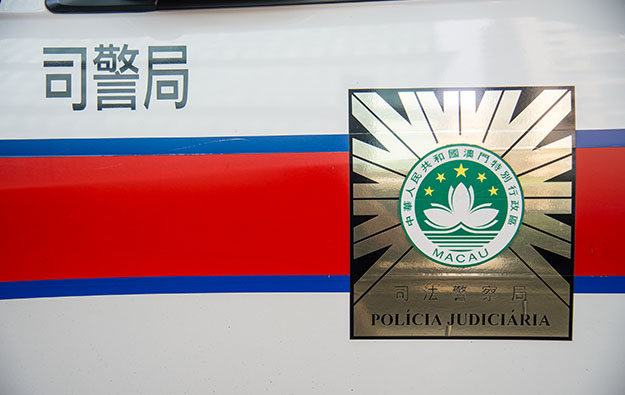 A Macau-resident casino worker was one of three suspects arrested on Saturday by the city’s Judiciary Police, for alleged involvement in a people-smuggling operation to help some Chinese would-be gamblers avoid immigration controls to Macau.

A number of other alleged people-smuggling operations seeking to bring mainlanders to Macau has already been detected this year.

The latest case was outlined in a Monday briefing by Judiciary Police spokesman Chan Wun Man. It followed a police operation on Saturday in the vicinity of Macau’s Ka-Ho commercial port district. The move was based on intelligence provided by security officials in Zhuhai, in neighbouring Guangdong province, Macau media reported, citing Mr Chan.

One of the three suspected smugglers to be detained was a male Macau resident aged 31, described by police as a casino worker; another was a male resident of mainland China aged 34 who was allegedly overstaying in the city, and the other was a woman aged 56 from mainland China, identified as an illegal entrant as of the day of the police operation.

The Judiciary Police spokesman added that the arrested trio was believed to have provided unlicensed accommodation in Taipa for illegal entrants to the city.

In the same sting, police also caught three people that were allegedly clients of the smugglers, and that had been landed at Ka-Ho via a speedboat.

Those three had “confessed that they were avoiding the Covid-19 prevention measures” adopted in Macau and mainland China, and were coming to the city “for gambling”, Mr Chan told the media.

The arrested casino worker had confessed to the Judiciary Police that he had helped people enter Macau illegally, Mr Chan added.

In Zhuhai, five other people that had allegedly been helping the smuggling operation at the Guangdong end – including a suspected ringleader – were also arrested on Saturday by authorities there, said Mr Chan.

The alleged people-smuggling operation was believed to have existed for at least one month, the Judiciary Police spokesman said. He has also noted to the media that each person seeking illegal entry to Macau had been charged a “fee” of between CNY22,000 (US$3,142) and CNY30,000.

In Macau as a whole, a total of 84 illegal entrants was detected by local authorities during the first four months of this year. Vong Vai Man, deputy director-general of Macao Customs Service, had mentioned the tally in a radio programme aired on May 20 by the city’s public broadcaster, TDM.

The customs official said that his department believed some of those travellers had attempted enter the city illegally in order to dodge quarantine measures. While most mainland residents have faced no quarantine restrictions to enter Macau, for some weeks the Guangdong authorities had a mandatory quarantine for mainlanders returning after a trip to Macau.

The Guangdong compulsory-quarantine rule for mainlanders returning from Macau ended on July 15, but such travellers still need to give proof they have recently been tested for, and proved negative for, Covid-19 infection.

The liquidity of casino group Las Vegas Sands Corp is “strong”, with over US$6.4 billion of consolidated cash and nearly US$3.5 billion of undrawn revolving credit facility capacity, said a... END_OF_DOCUMENT_TOKEN_TO_BE_REPLACED