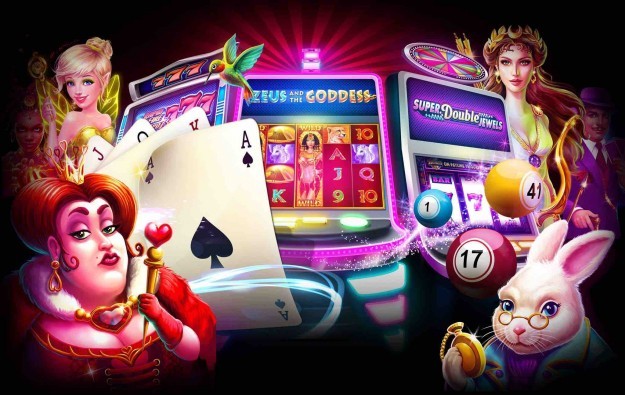 Global revenues from social casino games amounted to approximately US$3.7 billion to US$3.8 billion in 2016, suggests a recent report from JP Morgan Securities LLC.

While the institution estimated US$1.7 billion to US$1.8 billion of the revenue – or close to half in the range – was generated in North America, it said it believed “international expansion could provide the next leg of growth as smartphone penetration increases”.

The authors – analysts Joe Greff, Daniel Politzer and Brandt Montour – define social casino games as “the wagering of a virtual currency without the chance of real loss or gain, typically in online, casino-style games”.

Analysts at several other brokerages have pondered the possibility that the recent disposal of International Game Technology Plc’s social casino games Double Down Interactive LLC to a South Korean firm – for US$825 million in cash, plus other payments for game content – could actually be a sign that the economics of social casino games business are deteriorating.

“The competitive landscape in the social casino business has tightened and there is no indication it will improve, which suggests the timing is opportune,” said Telsey Advisory Group LLC in an April 18 memo on the Double Down transaction.

“Irrespective of incremental investment since acquisition in 2012, the sale price implies a solid return on the US$500-million acquisition cost,” added analyst David Katz.

Wells Fargo Securities LLC said in an April 18 note: “While IGT has sold Double Down at 10.5 times headline EBITDA [earnings before interest, taxation, depreciation and amortisation], we roughly estimate an underlying sale multiple of 12 times to 14 times when accounting for likely licensing and research and development spend.”

On April 11 it was announced that Scientific Games Corp – a market rival to IGT in the casino equipment and interactive sector – had acquired, under terms that were not made public, the privately held U.S.-based Spicerack Media Ltd, developer of a game called Bingo Showdown.

JP Morgan reiterated in its report that the biggest recent merger and acquisition deal in the casino social games segment was last year’s sale of industry leader – Israel-based Playtika Ltd (product pictured) – for US$4.4-billion, a consideration equal to 14 times-plus of the target firm’s annual EBITDA. The acquisition was by a Chinese consortium including Jack Ma, the businessman behind Chinese online commerce portal Alibaba.

“We believe social casino players generally exhibit some of the most favourable characteristics across the social gaming spectrum, as they are some of the highest spending, most lucrative players within the space,” said JP Morgan’s analysts. The brokerage estimates the average social casino player spends the equivalent of approximately US$120 annually, which it was “well above” the circa US$87 it said was spent by the average consumer of games on mobile platforms.

But a former casino regulator in Australia suggested there was some potential for regulatory risk for any businesses that relied on so-called ‘crypto-currencies’.

Peter Cohen, director for regulatory affairs for Australia’s The Agenda Group – and a former executive commissioner and chief executive of the Victorian Commission for Gambling Regulation in that country – told GGRAsia that – as he noted had been mentioned at a recent Manila conference on the gaming industry: “If gaming regulators don’t understand it, they probably won’t approve it.”

As long ago as March 2007, the growing use in China of virtual currencies – including QQ coins issued by Tencent Holdings Ltd, the parent of China’s popular instant messenging service Tencent QQ and of one of the country’s largest web portals, QQ.com – prompted 14 government ministries in mainland China – including those respectively for culture, commerce and policing – to issue a directive to regulate the trading of virtual items by such means.