Some Aristocrat EGMs down in Macau 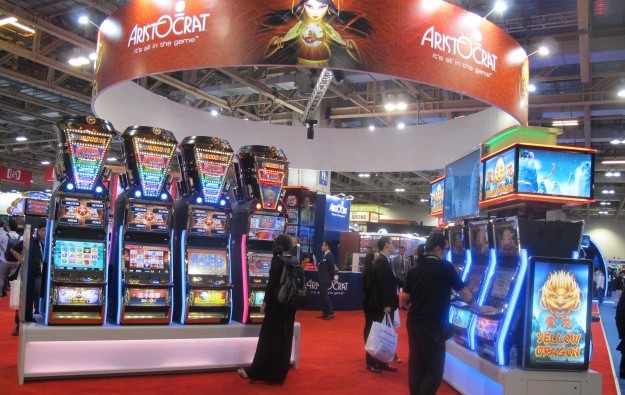 Some electronic gaming machines (EGM) from Aristocrat Leisure Ltd are down in Macau casinos following a player dispute, GGRAsia has learned.

The shutdown of some of Aristocrat’s EGMs comes after an instruction from the gaming regulator in Macau, the Gaming Inspection and Coordination Bureau (DICJ).

The EGMs are down across the properties of all six operators in Macau, GGRAsia confirmed with visits to gaming floors in the city. They machines viewed by GGRAsia had blank screens aside from a digital message on screen saying “out of order” and “maintenance in progress”.

The shutdown affects some of Aristocrat’s EGMs, including Yellow Dragon links carrying 5 Dragons and Fa Fa Fa games. It is unclear if other slot machines are also affected.

Several sources said the slot machines have been down for more than two weeks.

“It is our understanding that following a player dispute, the DICJ directed concessionaires to switch off a number of Aristocrat EGMs,” the Australia-based gaming manufacturer told GGRAsia in a written reply.

“Aristocrat is supporting our customers, and is in active dialogue with the DICJ, to help resolve the issue quickly and appropriately,” the company added.

The company did not say what triggered the reported player dispute.

GGRAsia approached Macau’s gaming regulator for comment, but no response was available by publication time.

The decision to switch off Aristocrat’s EGMs follows new regulation introduced in 2012.

In November 2012, the government enacted for the first time a set of localised rules concerning the approval of gaming manufacturers, electronic gaming machines and related equipment and systems being supplied to the Macau market.

Administrative Regulation 26/2012 states that concessionaires should refuse to pay prizes or any accumulated credits if it suspects a malfunction or software glitch in a particular EGM.

In case of a dispute, concessionaires “should suspend immediately the operation” of the electronic machine until the malfunction is fixed, the regulation states.

Most of Macau’s casino operators are likely to generate positive free cash flow in the first quarter, given the robust recovery level of mass-market gross gaming revenue (GGR) in January, relative... END_OF_DOCUMENT_TOKEN_TO_BE_REPLACED