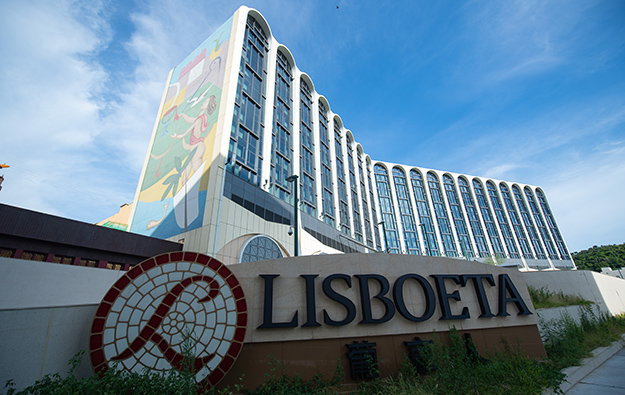 Lisboeta Macau (pictured), a Cotai leisure complex, is due to open some attractions on July 17, according to a Wednesday press release from the site’s promoter, Macau Theme Park and Resort Ltd.

Lisboeta Macau facilities to open on July 17 include GoAirborne Indoor SkyDiving, described as “the first indoor skydiving experience in Macau”.

There will also be a debut for ZIPCITY, featuring a 388-metre long (1,273 feet) zip line ride, and a night market. These venues run from Thursdays to Sundays, from 2pm to 10pm each day.

The GoAirborne Indoor SkyDiving and ZIPCITY attractions at Lisboeta Macau have been included in the latest round of tours promoted by the Macau government, as part of a stimulus measure for the city’s tourism sector.

The Macau government had already given an operating licence and four-star rating to the hotel portion of Lisboeta, according to an official statement published in August.

As of Wednesday, the hotel at Lisboeta Macau was still being used for medical observation as part of the Macau government’s response to the Covid-19 emergency. The hotel is to be used as a quarantine venue for at least until the end of July, according to GGRAsia checks.

In comments to local media in June 2019, SJM Holdings’ chief executive, Ambrose So Shu Fai, had acknowledged the possibility of gaming being offered at Lisboeta Macau, under a so-called service agreement that would make use of SJM Holdings’ Macau gaming licence. Wednesday’s release made no mention of a gaming element at Lisboeta Macau.

According to SJM Holdings’ first-quarter highlights filed with the Hong Kong Stock Exchange on May 4, the nearby Grand Lisboa Palace is due to launch in the first half this year.

GGRAsia approached SJM Holdings asking if a first-half launch of Grand Lisboa Palace was still contemplated, but had not received a reply by the time this story went online.

A recent memo from banking group Morgan Stanley suggested the latter’s launch could be put back to the third quarter.