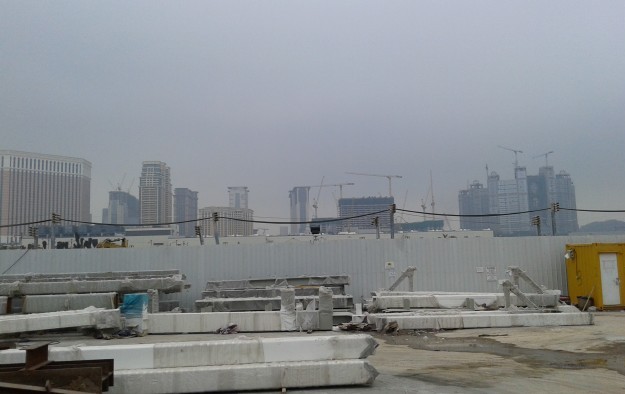 Assumptions on the levels of return that can be achieved on new Cotai casino projects have been adjusted downward by at least some Macau operators, says a note issued on Friday by Wells Fargo Securities LLC.

“We recently met with Macau, Las Vegas, and regional operators in Las Vegas. Key takeaways in our view include: the near-term Macau outlook is uncertain but operators remain positive on the long-term opportunity, Cotai project optimism is unchanged, but return assumptions have decreased…”, said the Wells Fargo team of Cameron McKnight, Rich Cummings and Tiffany Lee.

Japanese brokerage house Nomura said in a note on January 21 it was “significantly” lowering its projected rates of return on invested capital (ROIC) for the upcoming Cotai casino resorts in Macau – assuming table allocation “40 percent to 50 percent lower” than previous statements on “table capacity” made by the various developers.

Nomura said at the time it expected 15 percent ROIC on new Cotai schemes, compared to the 25 percent it had predicted three months earlier.

The difference is that now, via Wells Fargo’s note, a sell-side team of equities analysts is attributing the more bearish outlook on Cotai ROIC directly to industry managers.

Neither Melco Crown Entertainment Ltd, due to open its majority-owned Studio City later this year, nor Galaxy Entertainment Group Ltd, which is to open Galaxy Macau Phase 2 on May 27, have so far been able to give any public guidance on how many casino tables they will get. That is despite the two projects combined spending US$5.7 billion.

An important factor previously in helping to determine likely ROIC on new projects, say analysts, is the number of new tables each scheme expected to have. This was on the basis that extra capacity was creating extra demand in Macau.

But with actual utilisation of existing tables declining as some high spending VIP and mass market players stay away from the city in the light of policy changes in mainland China, an important focus currently of the industry is maximising the yield from existing tables, suggest some casino executives.

“We are looking at our marketing costs…our entertainment costs… our overall costs structure and trying to be more careful,” Rob Goldstein, president and chief operating officer of Las Vegas Sands Corp and president and executive director of its Macau unit Sands China Ltd, told an investor conference in Las Vegas last week referring to Macau operations.

“We’re not looking to take it apart – the whole structure – but to re-examine opportunities to run it cleaner [more efficiently] and better,” Mr Goldstein told the JP Morgan Gaming, Lodging, Restaurant and Leisure Management Access Forum.

Commenting on the costs issue, Daiwa Securities Group Inc analysts Jamie Soo and Adrian Chan said in a note on Monday: “According to our on the ground research, casino operators continue to encourage casino staff to take unpaid leave post the Lunar New Year.”

Macau’s Secretary for Economy and Finance, Lionel Leong Vai Tac, has said the government does not want casino operators to force employees to take unpaid leave.

Another factor having an impact on Cotai costs – and therefore also on rates of return – is extended completion deadlines related to timings on labour permission, say some analysts.

Wynn Resorts Ltd said in its fourth quarter earnings call in early February that its Wynn Palace project was unlikely to be ready by company chairman Steve Wynn’s preferred deadline of Chinese New Year 2016. In a proxy statement on February 27, Wynn Resorts said the venue was now a US$4.1 billion scheme. It had previously said the price would be US$4 billion “all in”.

Meanwhile, March gross gaming revenue (GGR) in Macau is heading for a year-on-year decline of at least 37 percent and possibly as much as 41 percent, estimated Wells Fargo in a note on Monday.

The note is based on unofficial industry returns on average daily revenue through to March 8.

The assessment reflects a drop of between 2 and 6 percentage points on the brokerage’s previous estimate of 35 percent year-on-year decline for March GGR.

The Nomura team of Harry Curtis, Kelvin Wong and Brian Dobson said in a note on Monday that Macau’s daily GGR for the first eight days of March was MOP675 million (US$84.5 million), and they expected the rest of the month to be softer, with daily GGR of MOP525 million to MOP625 million.

Daiwa estimated in a Monday note that “based on the current run rates,” Macau’s total March GGR would see a decline of 42 percent to 43 percent year-on-year and would come in “between HKD17 billion [US$2.19 billion] and HKD18 billion”.

Singapore has the potential to be a “top choice” for Chinese outbound travellers, once the country reopens and eases travel restrictions associated with the Covid-19 pandemic, suggested... END_OF_DOCUMENT_TOKEN_TO_BE_REPLACED