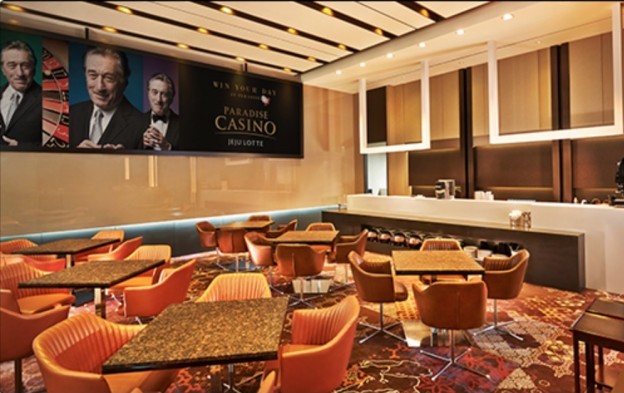 Net profit was down by 70.1 percent from the preceding quarter, the firm said in a filing to the Korea Exchange.

The firm operates a network of five foreigners-only casinos located in three major cities in South Korea and on the country’s holiday island of Jeju.

Paradise Co is building a casino resort at Incheon, near the country’s capital Seoul. The operator has linked with Japanese pachinko operator Sega Sammy Holdings Inc, breaking ground in November 2014 on a site referred to as Paradise City. The project, with a total area of 330,000 square metres (3.55 million sq feet), is presented in its official website as having a price ticket of KRW1.3 trillion and featuring 160 casino live table games, 388 electronic table games and 350 slot machines.

The casino operator said sales slipped by 0.6 percent year-on-year in the fourth quarter to KRW178.2 billion from approximately KRW179.2 billion in the prior-year quarter. The result was a 24.8 percent improvement from the third quarter.

Sales for the full year 2015 totalled KRW615.4 billion, up by 11.5 percent from the previous year. Paradise Co’s casino sales last year were negatively impacted by what analysts said was a fall off in tourism to the country in the months of June and July in the wake of a nationwide health alert over an outbreak of Middle East Respiratory Syndrome, known as MERS.

Operating income for the three months to December 31 was KRW11.0 billion compared to a loss of KRW8.2 billion a year earlier, said Paradise Co. For full 2015, the company recorded operating income of KRW58.3 billion, a decline of 29.1 percent in year-on-year terms.

In November, the firm announced president Park Pyung-yong had been named co-chief executive of the company, working in that capacity with the existing CEO, Lee Hyuk-byung.

A note from Morgan Stanley Research issued last month already had warned investors that Paradise Co was likely to report “weak results” for the fourth quarter of 2015 due to the ongoing decline in the number of Chinese VIP players. The institution said at the time that fourth quarter sales figures however would benefit from an “abnormally” high hold rate. “This is mainly driven by the luck factor and unlikely to be sustained,” it added.

A number of investment analysts have highlighted that 16 out of South Korea’s 17 casinos are limited to serving foreigners only, pointing out that mainland Chinese players are a key target market for the foreigners-only venues. Industry observers say that ongoing enforcement action by the Chinese authorities against marketing agents feeding Chinese VIP players to South Korea’s gaming venues are having a negative impact on the market.

In a separate filing also on Thursday, Paradise Co announced that casino sales fell 5.5 percent year-on-year in January. Judged month-on-month, results were however up by 43.0 percent, the firm said. Such sales amounted to approximately KRW56.71 billion in January.

Gaming machine sales declined 10.9 percent sequentially in January, to nearly KRW2.90 billion. The tally was a 7.1 percent decrease from the equivalent month in 2015.

International casino operator Las Vegas Sands Corp has been ranked as the most sustainable firm in the global casino sector, according to the 2023 edition of the S&P Global Sustainability... END_OF_DOCUMENT_TOKEN_TO_BE_REPLACED