South Shore eyes sale of controlling stake in The 13 Hotel 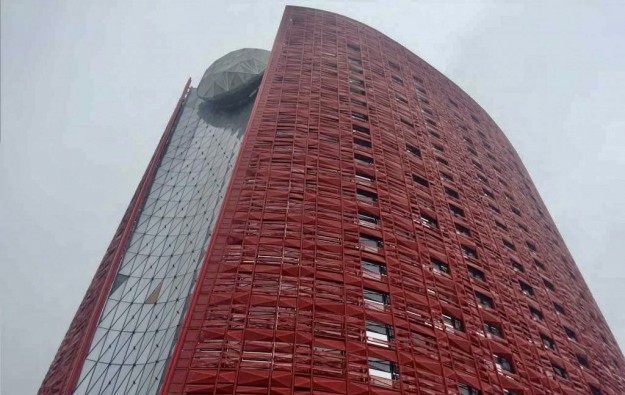 South Shore Holdings Ltd, the developer of The 13 Hotel (pictured) in Macau, says a potential deal could lead to the disposal of a 60-percent interest in the subsidiary that owns the hotel venue, for a total consideration of HKD1.2 billion (US$153.04 million).

The transaction is to involve an associate of a substantial shareholder of South Shore, under a non-binding memorandum of understanding signed in January, confirmed the Hong Kong-listed company in a Monday filing. South Shore said in January that the investment amount would be used to reduce the indebtedness of its subsidiary, associated with the development of The 13 Hotel.

In Monday’s filing, South Shore said the deal “may constitute a very substantial disposal and connected transaction”. Neither the identity of the firm’s substantial shareholder involved in the deal, nor of the group’s subsidiary were disclosed in the filing.

South Shore stated: “Subject to contract, the company envisages that the transaction could extend to a disposal of 60 percent interest in a subsidiary of the company that beneficially owns The 13 Hotel together with its respective bank borrowings of approximately HKD2,942 million and the interest accrued thereon for a consideration of up to HKD1,200 million.”

It added: “As at the date of this announcement, the company has not entered into any definitive agreement in relation to the potential disposal and is still in negotiations with prospective investor(s).”

South Shore is the promoter of The 13 Hotel, a venue located on the border between Coloane and the casino district of Cotai in Macau. The hotel had a partial opening on August 31, 2018. The firm aspired to have a casino at the property.

Trading in South Shore shares resumed today (Wednesday), after being suspended for more than a month.

Impairment on lack of gaming

South Shore last month reported a net loss of HKD5.85 billion for its fiscal year ended March 31, 2019. That compares with a net loss of HKD1.57 billion a year before. The company said the increase in net loss was due to an aggregate impairment of approximately HKD4.70 billion on the carrying amount of assets under the hotel segment.

In a separate filing on Monday, South Shore explained that the impairment loss was due to an update to its business model, as currently there was no plan to launch gaming operations at the property.

“Given that no formal agreement has been entered into with any concessionaire or sub-concessionaire as operator, in respect of any gaming operations in The 13 Hotel, a significant reduction of anticipated occupancy and room rates as well as forecast revenue has been made in our business plans, taking account of current market conditions,” said the Hong Kong-listed company.

It added: “Accordingly, the company has taken a prudent approach in preparing the financial accounts for the year ended March 31, 2019, by revising the operating forecast of the hotel project and making an impairment charge of approximately HKD4,697 million on the carrying amount of the assets under the hotel segment.”

South Shore had said in April that a memorandum of understanding with an “affiliate” of an unnamed licensed Macau casino operator in relation to the management and operation of a casino in The 13 Hotel “remains in place”.

The company said at the time that a formal agreement was subject “to, amongst other things, the operator making an application and obtaining approval from the Macau government to conduct gaming operations in The 13 Hotel.”

Some Macau casinos visited by GGRAsia on Thursday, actually had tables that were closed, notwithstanding strong consumer demand during Chinese New Year (CNY). The reasons for some tables being... END_OF_DOCUMENT_TOKEN_TO_BE_REPLACED