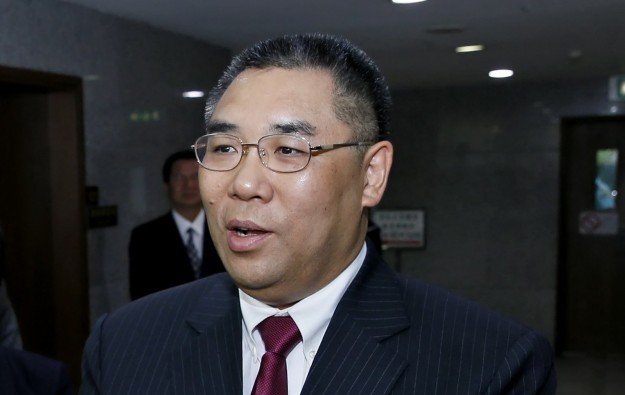 The Macau government on Tuesday said it would rein in public expenditure in a push to save about MOP1.4 billion (US$175.4 million) in the current fiscal year, as gaming revenue in the city keeps falling.

Casino GGR for August fell by 35.5 percent year-on-year to MOP18.62 billion, according to data released on Tuesday by Macau’s gaming regulator. Accumulated GGR for the calendar year to August 31 now stands at MOP158.88 billion, a fall of 36.5 percent on the same period in 2014.

In his Wednesday comments, Mr Chui said the government’s social policies would not be negatively affected, Radio Macau reported. He additionally said the measures would not affect the cash-sharing scheme under which residents receive annual government handouts of money.

Mr Chui said the government would again consider sharing the fruits of the city’s economic development with Macau residents depending on this year’s fiscal surplus.

“I am optimistic. If we record a surplus at the end of this year, we will keep the cash-sharing scheme,” the Chief Executive reportedly said.

According to a statement on Tuesday, Macau government departments have been told to freeze 5 percent of their budgets allocated for consumption and 10 percent marked for investment. All departments were also asked to spend less on official visits, non-essential refurbishment, research projects, promotions, gatherings and souvenirs.

On Wednesday, Mr Chui stated that the government’s finances remain stable and with enough resources to respond to any unexpected economic fluctuation.

The announcement of the government spending cuts comes on the heels of official data showing that Macau’s gross domestic product for this year’s second quarter was down 26.4 percent year-on-year.

Macau casino operator MGM China Holdings Ltd had a “record” market share in January, and its venues were the “highest-earning businesses” in the portfolio of the majority owner MGM Resorts... END_OF_DOCUMENT_TOKEN_TO_BE_REPLACED