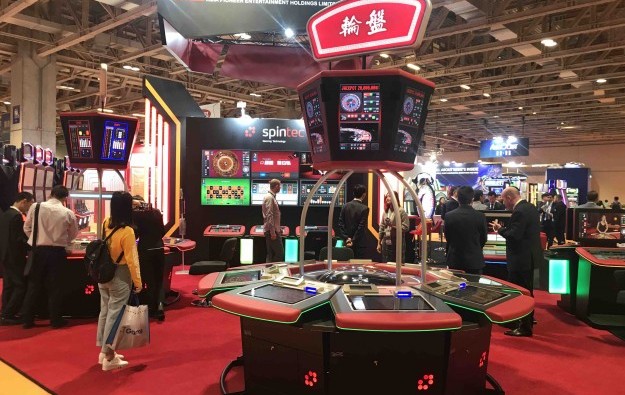 Spintec d.o.o., a Slovenia-based maker of electronic table games for casinos, says it made several equipment deals with operators from the Philippines and Vietnam during this year’s MGS Entertainment Show held in Macau.

“At this year’s MGS, we shook hands and made deals with operators in the Philippines and Vietnam,” said Primoz Krsevan, Spintec’s regional sales manager, as quoted in a post-show press release issued by the firm.

He added: “We already have a few installations in these two markets, operators know us and they are very satisfied with how our products perform on their casino floors so the next logical step was to expand.”

Mr Krsevan was further quoted saying: “Asia is one of the most important markets for us since it’s accountable for 40 percent of all deals we had so far in 2018 worldwide. And with every business meeting we have, we are growing and expanding our market share there.”

In comments to GGRAsia during the trade show, the regional sales manager explained some of its second-generation “Karma GEN2” products on display – including the “Karma GEN2 Roulette” (pictured) and the “Karma GEN2 Sic Bo|Craps” combination.

He outlined what – in the firm’s view – made Spintec’s electronic table games outstanding.

“Before we start to develop each game, we usually make research lasting three to six months, with the players,” Mr Krsevan told us.

“We go to the different casinos, and we make a kind of survey with the players: what they like; what they don’t like; so when we study the machine [product] we really take into account all the responses,” he explained.

Development “usually starts with the ergonomics,” the sales boss added.

“We very carefully study how high it [the player interface] should be; how much space there should be for each player’s feet; the charging points for mobile phones, the drinks holders – all that kind of stuff.”

On the roulette games, “we also make sure… that you can directly see the wheel”.

Although Karma GEN2 Roulette has a camera offering a live video image of the wheel, shown overhead on the machine, “the players still like to see the ball actually spinning” in front of them, he stated.

“It’s a lot of small details like that, but when you put them all together, it turns out to be a good product,” added Mr Krsevan.

With the GEN2 products, “we left all the good things from the old generation, we just modernised the design,” he explained.

That included “new, bigger” monitors… “now the trend,” new, more comfortable arm rests, and some LED lighting, “which is also the trend now,” he explained.

Karma GEN2 Sic Bo|Craps is an innovation in terms of adding a dice game most popular in North America, to the sic bo game loved in Asian markets.

Spintec’s new product was the “first machine on the market” to offer the combination, said Mr Krsevan.

The goal at MGS was to “show all our new product,” said the sales boss.

“We wanted to catch up with all the operators, show them our products and ask them how they are satisfied with our current products,” he noted.

China has moved one step closer towards reopening, by relaxing some its Covid-19 control measures, with most infected people now able to quarantine at home rather than in state-sanctioned... END_OF_DOCUMENT_TOKEN_TO_BE_REPLACED