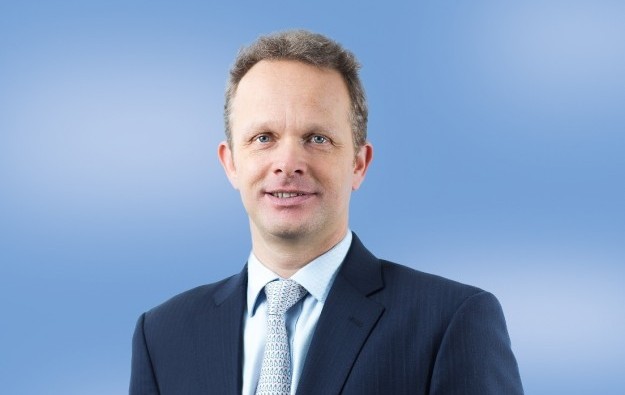 The gaming operator has strongly supported Mr Zou’s transition from amateur to professional fighter. He is one of several sports stars Sands China is working with to help promote its brands, namely the Venetian Macao.

“When you get an endorsement of a superstar, it helps to push the brand just a little bit easier,” Olaf Gueldner (pictured), senior vice president and chief marketing officer of Sands China, told GGRAsia. “Macau is a beautiful place and you can talk and write about it all the time, but if sometimes you have people who endorse it, it helps.”

It did help Sands China that Mr Zou and his family visited Venetian Macao’s exhibition on the 30th anniversary of TV cartoon series Transformers, on the sidelines of his training for Saturday’s fight. The photo release of the visit distributed by the gaming operator was published by several media, providing the exhibition with extra visibility.

Former basketball player Yao Ming and golfer Tiger Woods are among the several sports celebrities that have partnered with Sands China in the past. The latest addition to the group is Chinese car racer Ma Qinghua. He is the first-ever Chinese-born driver to win a FIA World Championship race – he won in June race two of the Russian round of the 2014 FIA World Touring Car Championship (WTCC).

Sands China on Friday announced it will sponsor Mr Ma during the Beijing, Shanghai and Macau legs of the 2014 FIA WTCC. No financial details of the sponsorship were disclosed.

Mr Gueldner said that the existence of a “China connection” is important for Sands China to associate with a sports star. “For our company, it’s really important to help develop and promote Chinese athletes around the world,” he noted.

Partnering with stars that are relevant in mainland China is a way for Sands China to promote its brands in that market, ensuring large media exposure. Gaming operators cannot directly advertise casino gambling inside mainland China.

The existence of a China link is important even when Sands China works with non-Chinese sports stars. Last year, it announced a partnership with former football player David Beckham, who besides having a strong fan base in mainland China, is an ambassador for the Chinese Football Association. The deal is to be based around the development of dining, retail and leisure concepts at Sands China properties but negotiations with the former England captain are still ongoing, Mr Gueldner said.

“It is still a little bit early to announce too many details,” he stated. “If you are doing something of that calibre, you want to do it well.”

But Mr Gueldner added: “The good news is that he will definitely be coming back to Macau. He was here in April and he will be back one more time this year.”

Mr Beckham’s visit in April is a case study on the positive impact on a brand of endorsement by a global star. During his stay at Venetian Macao, the former footballer posted on Facebook a topless selfie of him in the swimming pool, also identifying the location. The photo garnered over 1.1 million likes, close to 13,500 comments and almost 13,000 shares, besides being reported in dozens of media outlets worldwide.

Mr Gueldner said Macau benefits from the partnerships between Sands China and global sports stars. “Part of the marketing plan and part of the role that Venetian plays is to promote Macau.”

Veteran golfer Ernie Els was added to the Sands China ‘team’ last month. The deal included the South African wearing the Venetian Macao logo on his right collar, back of hat and back yolk during the U.S. Open, a tournament he won in 1994 and 1997.

Mr Els, an Asian Tour honorary member and international ambassador, will now assist in marketing and promotion of the Macau Open, slated for October – Venetian Macao is the title sponsor. He will again take part in the tournament, after a first experience last year.

“It helps Venetian, obviously – again, we are business – but it also helps Macau because it increases the exposure of the Venetian Macau Open,” said Mr Gueldner. The executive added that Sands China is looking to bring more high-profile golfers to this year’s tournament.

Macau is entering a “new phase” in its approach to dealing with Covid-19, said on Thursday the official in charge of health policy, after nearly three years that has seen the tourism and casino... END_OF_DOCUMENT_TOKEN_TO_BE_REPLACED