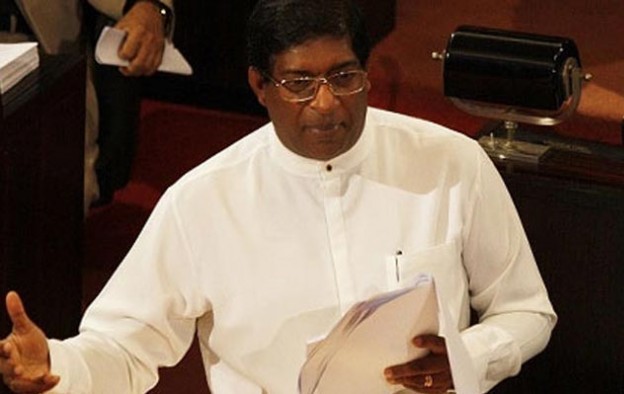 The gaming industry seems to be the big loser in Sri Lanka’s budget for 2016 and the Finance Minister, Ravi Karunanayake (pictured), is quoted saying in an interview that the government does not plan to encourage casinos in the country.

The Sri Lankan government announced in November that the current annual levy of LKR200 million (US$1.4 million) for casino businesses “will be increased to LKR400 million per year”.

The government would also impose a surtax of 25 percent of income tax liability on gaming profits, according to the 2016 budget proposal announced in the parliament last month. The 25-percent surtax will also be imposed on the tobacco and liquor industries.

“This is our way of snubbing the casino concept in Sri Lanka,” Mr Karunanayake told the Nikkei Asian Review in an interview.

He added: “We are stemming this and not encouraging casinos in the country.”

The government expects to collect LKR2.05 trillion in revenue in the fiscal year starting April 1, of which about 65 percent is expected to come from taxes on tobacco, alcohol, gaming and services.

Since coming to power, Sri Lanka’s new government has halted several plans advanced by the previous administration to support the development of new casino hotels in the capital, Colombo.

Among the projects affected was Crown Resorts Ltd’s proposal for gaming in a US$400-million resort in Colombo.

But in his address to the parliament in November, Mr Karunanayake said the government wants to remove a casino entry levy announced earlier this year. “The present entry fee of US$100 per person who enters casino entertainment will be removed,” states the budget proposal.

The entry fee provision was gazetted on March 30. But it had not yet been activated pending a parliamentary confirmation, according to media reports.

Mr Karunanayake told the Nikkei Asian Review that the budget for 2016 had received a “very positive” response from foreign investors. It forecasts a deficit of LKR740 billion, equivalent to 5.9 percent of the country’s gross domestic product.