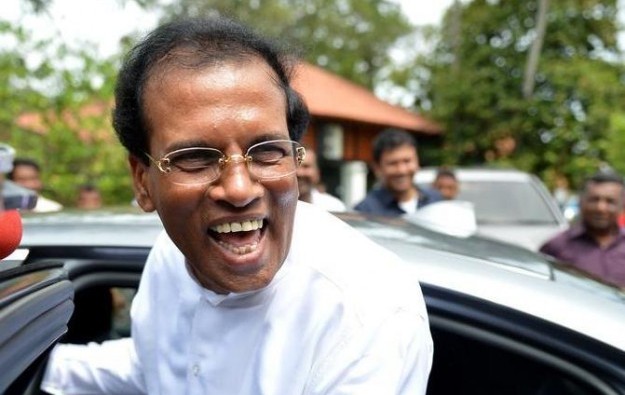 Crown Resorts Ltd’s plan to spend US$400 million on a casino resort in Sri Lanka faces headwinds, following the victory – declared on Friday – of the opposition candidate in Sri Lanka’s presidential election.

In December, Reuters news agency reported that the new president, Maithripala Sirisena (pictured) had pledged in his manifesto to cancel a casino licence said to have been promised to Crown Resorts.

On December 31, another Sri Lankan politician – considered a key defender of a more liberal policy toward casinos pursued by Sri Lanka’s now former head of state, Mahinda Rajapakse – quit in order to join Mr Sirisena’s side.

GGRAsia approached Crown Resorts for comment on Friday’s report, but received no reply.

In other developments, J.P. Morgan Securities Australia Ltd said in a note on Friday that it was downgrading its estimates on earnings per share (EPS) for Crown Resorts during financial year 2015 by 0.9 percent to AUD0.83 (US$0.67) per share. That was due to “ongoing softness in the Macau market,” which it said was partially offset by favourable changes in foreign exchange rates.

Crown has a 33.6 percent stake percent stake in Macau and Philippines casino developer Melco Crown Entertainment Ltd, which collects most of its cage revenues in Hong Kong dollars – a currency pegged to the U.S. dollar.

“The movement in currency offsets some of the Macau downgrade and results in a downgrade of ~1 percent to FY15 EPS and an upgrade of 1.6 percent to FY16 and FY17 EPS,” they added.

Most of Macau’s casino operators are likely to generate positive free cash flow in the first quarter, given the robust recovery level of mass-market gross gaming revenue (GGR) in January, relative... END_OF_DOCUMENT_TOKEN_TO_BE_REPLACED