Sri Lanka to raise gaming tax to 10 pct of turnover 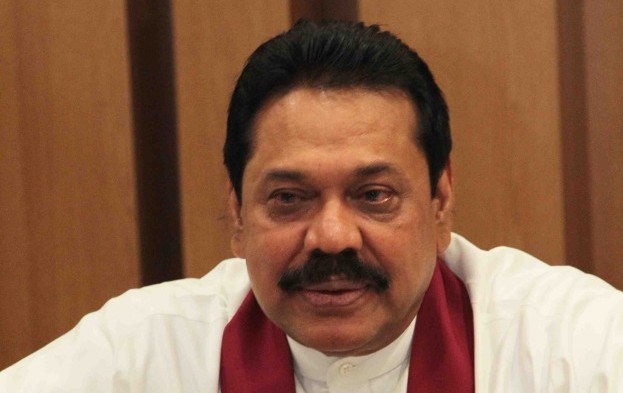 Sri Lankan President Mahinda Rajapaksa (pictured) has proposed to impose a US$100 entrance fee for the country’s casinos and raise the gaming levy to 10 percent of turnover. The proposals were set out in the 2015 budget announced on Friday.

The budget document did not give any further details on the casino entry levy, including whether it would apply only to Sri Lankan residents or also to foreigners.

The levy payable on gaming activities was raised to LKR100 million (US$764,234) last year. The amended Betting and Gaming Levy Act also introduced a 5-percent tax on the gross collection of casinos.

Singapore has a casino entry levy for its citizens and permanent residents. The entry fee is SGD100 (US$79) per 24-hour period, or SGD2,000 for a one-year pass.

In his speech, Mr Rajapaksa said the government expects to raise further revenue of LKR2.5 billion with the new levies on casinos.

“We need to strengthen government revenue efforts in view of increasingly high commitments of the government to provide a wide range of public services, welfare programmes and public investments,” Mr Rajapaksa said.

A fortnight ago, Mr Packer told shareholders the company was negotiating with potential joint venture partners in Sri Lanka and the government there, to enter that market.

Mr Rajapaksa, who is also finance minister, is set to seek a third six-year term in January, his party announced last month. The 2015 budget proposed to reduce the value-added tax to 11 percent from 12 percent. The government expects the economy to expand more than 8 percent next year.

Plans to allow the expansion of the casino industry in the country may face opposition from the government’s coalition partner. On Friday, the Jathika Hela Urumaya (JHU), a Buddhist extremist party, said it could not agree with the government’s strategy for the sector, according to media reports.

“On the introduction of casinos we were told that they would be allowed to function in areas where there aren’t many people. But instead what happened? Permission was given to set up casinos in the Colombo city. The JHU cannot agree to this,” Athuraliye Rathana Thera, the party’s parliamentary group leader, was quoted as saying.

Casino equipment supplier Sega Sammy Creation Inc said in a Friday release it was debuting its Genesis Crest 43J cabinet in Asia. The product will be available at an in-person trade show, G2E Asia:... END_OF_DOCUMENT_TOKEN_TO_BE_REPLACED