Standards for systems next for Macau: BMM Testlabs 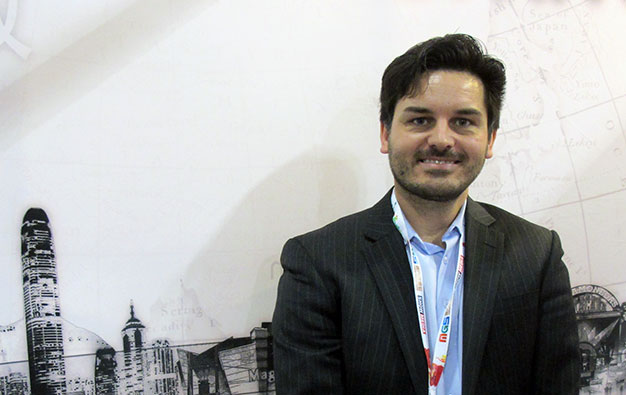 “What we are looking for now is the next phase, which would be the systems requirements,” Mr Zilevski told GGRAsia.

He added: “Things have stabilised regarding electronic gaming machine (EGM) requirements with [version] 1.1. We are looking for the same to happen with systems so that there is a more consistent regulation on this area.”

Macau’s casino regulator, the Gaming Inspection and Coordination Bureau (DICJ), earlier this year issued version 1.1 of the city’s EGM technical requirements, which were enacted in July. Version 1.0 had been introduced in 2012.

DICJ has not yet issued any technical standards for casino systems. But Mr Zilevski said the regulator has already shared some drafts with BMM.

He added: “It would be good to get a little bit more transparency about that. There has been a lot of talk happening for some time, but no indication of what is going to happen and when.”

Privately held BMM was established in Australia in 1981. The firm has now 14 offices in 13 countries providing testing and certification, regulatory consultancy and field services to customers throughout the globe.

BMM is licensed or recognised in over 400 jurisdictions. The company has three offices in Asia, in Singapore, South Korea and Macau. It has no plans to open new delegations in the region – the Philippines are serviced from Australia and Macau. Instead, BMM wants to grow its Macau office, which is one of the firm’s smallest, with three full-time staff.

“We have enough sites at the moment and we are well positioned geographically… I don’t believe we will be opening any further offices [in Asia] unless there was some kind of requirement from the jurisdiction that a local office must be present,” Mr Zilevsky told us.

“We would like to grow our office in Macau. We certainly see a lot of future in Asia and I think we can build this office to manage the region.”

Business in Macau is growing for BMM. Aristocrat Leisure Ltd, Aruze Gaming Inc and SHFL entertainment Inc are some of its customers in the territory.

“We are getting to the point where we need to employ more people but finding people in Macau hasn’t been the easiest thing to do,” Mr Zilevski said.

“At the moment, we are not affected by competition,” Mr Zilevski said. “I think competition is a good thing. It gives the marketplace options.”

At least one legislator in Macau has called for the establishment of a government-backed testing laboratory instead of using international private providers. Mr Zilevski said that goes against what is happening elsewhere in the world.

“The trend is that once gaming has established itself in a particular jurisdiction and a state lab has taken ownership of testing, very quickly that changes to independent test labs, for various reasons, mostly because the state cannot keep up with demand,” he said.

Mr Zilevski added: “We have seen it in Australia. In New South Wales, many years ago, it was the state that did all the testing and it was just taking far too long to get anything done. Very quickly, the state adopted the independent testing laboratory model.”

Looking ahead, Mr Zilevski said online gaming is poised to become a priority for regulators in Asia.

“Online gaming is starting to grow quite a bit. There is a need for more regulation in that area.”

Operators and suppliers are not waiting on the sidelines, he pointed out.

“Online suppliers are getting their products tested even in unregulated markets. I guess it is a reputation thing – if you have got BMM- or GLI-tested advertised on an online product, it becomes more trusted by players.”

Most of Macau’s casino operators are likely to generate positive free cash flow in the first quarter, given the robust recovery level of mass-market gross gaming revenue (GGR) in January, relative... END_OF_DOCUMENT_TOKEN_TO_BE_REPLACED