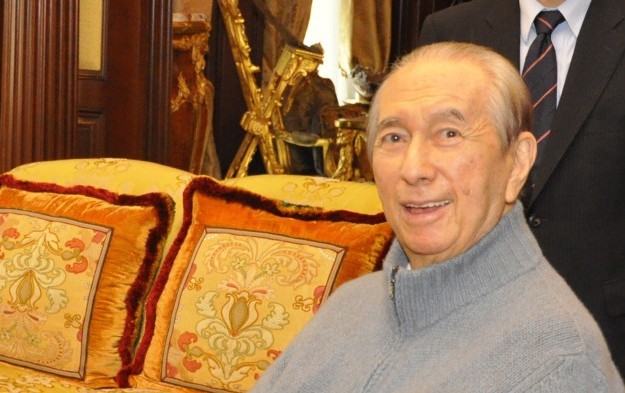 Despite SJM Holdings having been listed on the Hong Kong Stock Exchange in 2008, the firm – in common with many mid-cap and large-cap Asian businesses – has retained a family focus from its pre-listing days. It was announced in April that Daisy Ho Chiu Fung, a daughter of Mr Ho by his second consort Lucina Laam King Ying, would be taking over as chairman.

Arnaldo Ho Yau Heng, a son of Mr Ho by his fourth consort Angela Leong On Kei, was recently named as assistant chief operating officer of Sociedade de Jogos de Macau SA, the unit of Hong Kong-listed SJM Holdings Ltd that holds a Macau gaming licence. Angela Leong was named in the April succession plan as a co-chairman of SJM Holdings, as well as remaining as an executive director.

Stanley Ho, who turned 96 in November and is said to have been in poor health since 2009 following a reported fall at his Hong Kong home, has a total of 17 recognised offspring by four consorts.

Lawrence Ho Yau Lung and Pansy Ho Chiu King – both children of his second consort – have carved out independent roles as Macau gaming and hospitality entrepreneurs in their own right. But several investment analysts have recently suggested it is by no means clear that the current balance of family interests within SJM Holdings will be maintained once Stanley Ho exits the stage entirely.

“Stanley Ho is retiring, but leaving more questions than answers behind,” said an April memo from analyst DS Kim at JP Morgan Securities (Asia Pacific) Ltd after the original announcement of the retirement.

“We can’t help but think that the proposed board structure is bit messy, with too many interested parties,” added Mr Kim. “This complicated structure, in our view, leaves room for a potential power tussle within the board, given the lack of clear control.”

Analysts have indicated that stability in control of the company is an important factor as it seeks to extend its Macau gaming rights – the current rights expire in 2020 – and works to finish building its first Cotai resort, the HKD36-billion (US$4.6-billion) Grand Lisboa Palace, due to be completed in late 2019.

In March 2011, it was widely reported that Stanley Ho and family members had settled a highly-publicised two-month dispute over control of his interests. The row had included a statement issued in Stanley Ho’s name suggesting that his second consort – mother of Daisy Ho – had colluded with his third one to take over the holding company that controlled the bulk of his assets. They refuted the suggestions.

Brokerage Sanford C. Bernstein Ltd said in an April note: “A hydra-like three-headed co-chairman group and the elevation of entrenched management is not an indication that any shake up at the company is forthcoming (as some bulls of the stock have hoped).”

Macau mass-market casino gross gaming revenue (GGR) for the recent Chinese New Year (CNY) holidays could have recovered to at least 60 percent of that for the 2019 break, when the festivities were in... END_OF_DOCUMENT_TOKEN_TO_BE_REPLACED