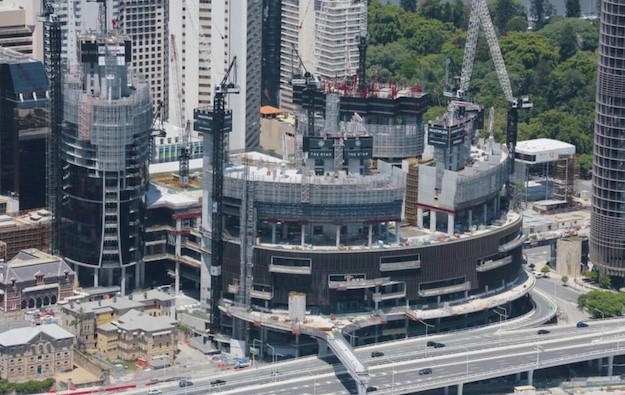 Casino operator The Star Entertainment Group Ltd said in a Tuesday filing it would “fully cooperate”, following an announcement by the Queensland attorney general, Shannon Fentiman, that there would be an independent expert review on the suitability of The Star group to continue to hold gaming licences in Queensland.

The company has been investigated in New South Wales, where it holds a casino permit for The Star Sydney, over allegations of breaches of rules concerning anti-money laundering and combatting financing of terrorism in gaming operations.

Queensland official Ms Fentiman was cited by public broadcaster the ABC as saying that the state’s government “takes the allegations of money laundering and integrity issues very seriously”.

The Star group currently runs two gaming venues in Queensland: the Treasury Brisbane, and The Star Gold Coast. It is building a new AUD3.6-billion (US$2.5-billion) facility, Queen’s Wharf Brisbane (pictured in December), with two Hong Kong-based partners: Chow Tai Fook Enterprises Ltd, and Far East Consortium International Ltd. The new Brisbane site is projected to open in the first half of 2023, according to The Star Entertainment’s corporate website.

Ms Fentiman said on Tuesday that Queensland’s Office of Liquor and Gaming Regulation and Queensland police were already conducting investigations in that state, following allegations about The Star Entertainment’s gaming operations in New South Wales.

The casino firm said in its Tuesday filing that it “continues to cooperate with relevant regulatory authorities, including Queensland’s Office of Liquor and Gaming Regulation and the ongoing review being conducted by Mr Adam Bell special counsel, in relation to The Star Sydney”.

A final report is pending on the New South Wales probe. In March, Matt Bekier resigned as the casino firm’s chief executive.

Casino equipment supplier Sega Sammy Creation Inc said in a Friday release it was debuting its Genesis Crest 43J cabinet in Asia. The product will be available at an in-person trade show, G2E Asia:... END_OF_DOCUMENT_TOKEN_TO_BE_REPLACED