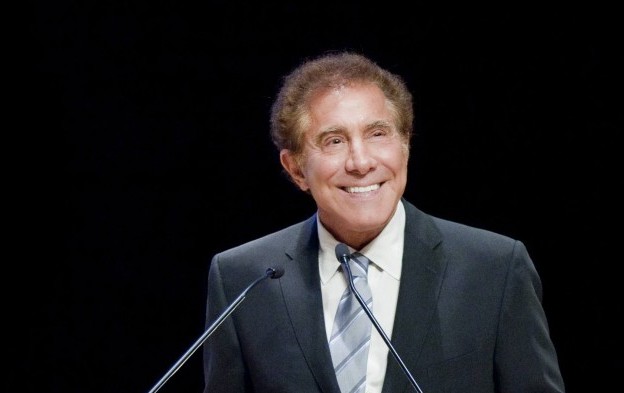 A stockholder at Las Vegas Sands’ annual meeting in Las Vegas that day had asked Mr Adelson if he had considered a takeover bid for Wynn Resorts Ltd. “I understand it’s been bandied about, and I don’t mean it as a joke…is there consideration [of]…a Kerkorian-style hostile takeover…?” asked the stockholder, who described himself as a shareholder in Las Vegas Sands since 2006 and a former investor in Wynn Resorts.

The reference to high profile investor Kirk Kerkorian was to the latter’s buyout in 1999-2000 – for US$6.7 billion – of Mirage Resorts, founded by Steve Wynn. Mr Wynn went on to found Wynn Resorts, where he is also chairman and chief executive. Wynn Resorts – like Las Vegas Sands – is an investor in Macau.

“It [Wynn Resorts] could be purchased probably for less than half the price of building a casino. Has this thought been considered?” added the Las Vegas Sands shareholder at Thursday’s meeting of the latter firm.

Mr Adelson responded: “We and our investment bankers have considered all possibilities. I can’t say that we have any conclusions. Wynn is operating in two out of our three big markets.” That was a reference to their overlapping interests in Las Vegas and Macau but not Singapore, were Las Vegas Sands has its Marina Bay Sands resort.

Returning to the buyout idea, Mr Adelson said: “…to me it’s only a remote thought, because one has to consider that the name of the property is ‘Wynn’. And if Wynn isn’t still there running them, are the properties still as good…? So there are a lot of other considerations. I don’t want to do a hostile buyout. Wynn and I have become very friendly.”

All casino stocks with exposure to the Macau market have suffered significant declines in the past 12 months as a combination of an anti-corruption drive in mainland China and a slowing Chinese economy has seen sharp falls particularly in VIP gambling volumes in Macau, according to several investment analysts.

On Monday – following the May gross gaming revenue numbers market wide from Macau, which showed a 37 percent year-on-year contraction – Wynn Resorts’ stock price fell below US$100 for the first time since December 2010 according to Nasdaq data. By Thursday it had bounced back, closing at US$109.44, up US$7.39 or 7.24 percent on the day.

Asked about investor concerns that Wynn Resorts’ share price had briefly dipped below US$100, Mr Adelson stated: “We have enough to do watching our own stock.” Then he added: “He has one-eighth the number of shares outstanding [compared to LVS]. So you’re not comparing apples to apples. You’re comparing apples to rice.”

Morningstar Inc currently gives Wynn Resorts a BB+ credit rating. Wynn Resorts is building a US$4.1-billion casino resort in Macau called Wynn Palace and has plans for a new property in Massachusetts in the U.S. According to the research house, Wynn Resorts has US$4.5 billion in outstanding debt, and a debt to asset ratio of 87.26 percent.

In a filing on February 27, Wynn Resorts had said it was not endorsing Mr Wynn’s former wife Elaine Wynn for re-election as a director because she had sought – via the courts – to free herself from a requirement to vote her 9.5 million shares in Wynn Resorts with his.

“If Elaine Wynn prevails…Stephen A. Wynn would not beneficially own or control Elaine Wynn’s shares, which could increase the likelihood that a change in control may occur under the Wynn Las Vegas debt documents,” said the filing. Ms Wynn went on to stand as an independent in the April 24 vote but was not elected.

In May, T. Rowe Price Group Inc, a mutual fund investor that had been the largest individual shareholder in Wynn Resorts, cut its stake in the casino company by almost 40 percent, according to a filing to Nasdaq.

Most of Macau’s casino operators are likely to generate positive free cash flow in the first quarter, given the robust recovery level of mass-market gross gaming revenue (GGR) in January, relative... END_OF_DOCUMENT_TOKEN_TO_BE_REPLACED