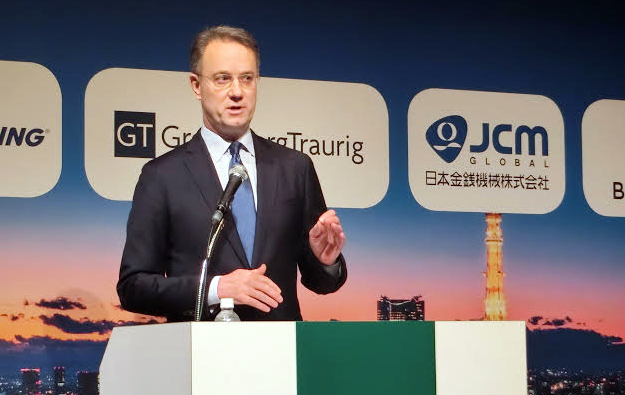 Decision makers in Japan could learn from the experiences in other gaming markets in order to come up with legislation that works effectively for the country, says George Tanasijevich (pictured), managing director of global development for casino operator Las Vegas Sands Corp.

“It’s important to survey these other markets, see exactly what measures they have in place, create a list and then figure out what’s right for this market,” said Mr Tanasijevich during a presentation on the second day of the Japan Gaming Congress in Tokyo on Thursday. “If you go beyond where you need to go, you just create administrative burden and really do not get any returns,” he added.

“I would encourage Japan to do its due diligence so that it can have a very strong start,” said Mr Tanasijevich.

U.S.-based Las Vegas Sands has shown strong interest in Japan. Sheldon Adelson, chairman and chief executive of the group, said in February that a casino resort in Japan could cost up to US$10 billion to build. Mr Adelson had said that he believed that Las Vegas Sands could be “in the pole position to take advantage of an opportunity in Japan”.

During Thursday’s presentation, Mr Tanasijevich said Japan could learn from other markets and also “adopt some measures specifically identified to address something that could be an issue here [in Japan]”.

The Las Vegas Sands executive focused his presentation on how to address responsible gaming and gambling addiction, taking note of concerns over the negative view that some sections of the Japanese public have regarding casino gaming. Mr Tanasijevich – who is also president and chief executive of Las Vegas Sands’ unit Marina Bay Sands Pte Ltd, operator of the group’s Marina Bay Sands resort in Singapore – said that gaming regulation in Singapore could serve as a reference to Japan, as the country is part way down the legalisation path.

“In order to do it correctly, you have to get the regulation right and you have to go about the right process to make sure you put together the right things for a particular market,” said the executive. “What we would encourage Japan to do is consider what has happened in other markets, of course Singapore is a reference point that we rely on – but it’s not the only point – to identify best practices,” he noted.

A casino entry levy – such as the one Singapore imposes on its citizens and permanent residents – could serve as a reference point for Japanese decision makers, he noted.

“The entry levy was something new and unique to Singapore, and that has worked well. Other measures included a limitation on credit being issued to Singaporeans … and [casino] exclusion orders,” said the executive.

Mr Tanasijevich noted that, in the case of Singapore, the measures were put in place from the very beginning and the operators were aware of them at the bidding stage. “Japan has an opportunity to put together a plan that really works for this market,” he said.