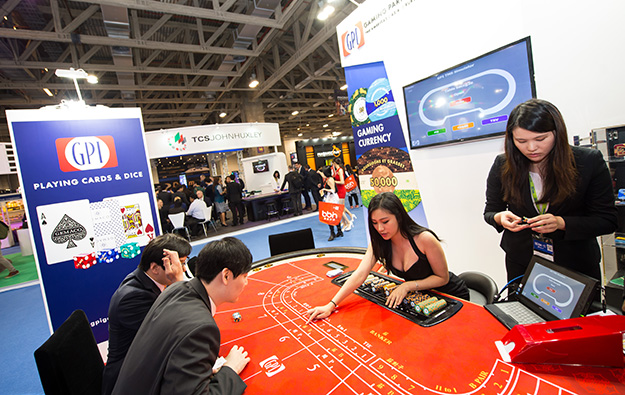 Casino currency and table gaming equipment supplier Gaming Partners International Corp (GPI) posted net income of US$2.4 million for the third quarter of 2016, compared to US$1.7 million in the same period in 2015.

The firm’s improved net income was positively impacted by net sales in Asia Pacific, which stood at US$8.7 million in the period between July and September, up by 75.0 percent in year-on-year terms, the Nasdaq-listed company said on Thursday in a filing.

The casino supplier recorded total revenues of approximately US$22.6 million for the third quarter of 2016, up by 13.7 percent in year-on-year terms. The Asia-Pacific region accounted for 38.5 percent of GPI’s overall revenue in the three months to September 30, up by 13.5 percentage points compared to the same period last year.

In May GPI acquired the assets of Dolphin Products Ltd, a subsidiary of gaming supplier Entertainment Gaming Asia Inc focused on manufacturing and distributing gaming chips, gaming plaques and related products to casinos in Asia and Australia. The total cost of the acquisition was US$7.3 million, of which US$2.2 million will be paid over the next two years; the remaining amount has been settled, according to Thursday’s filing.

“The acquisition of Dolphin’s assets strengthened our position in the growing Asian market,” GPI stated. “We anticipate shipping our first orders under the Dolphin brand in the fourth quarter of 2016.”

GPI said its backlog at September 30 – which reflects signed orders scheduled to be delivered in the following 12 months – stood at US$19.1 million. Of that, US$10.1 million were booked via the firm’s Asian subsidiary, Macau-based GPI Asia Ltd.

“While there are a number of casinos scheduled to open in 2016 and 2017 in Macau, continuing uncertainty arising from regulators’ decisions on the timing of openings and the number of tables allotted to each new casino will impact both the amount of revenue we recognise and the timing of revenue recognition,” GPI stated in its filing.