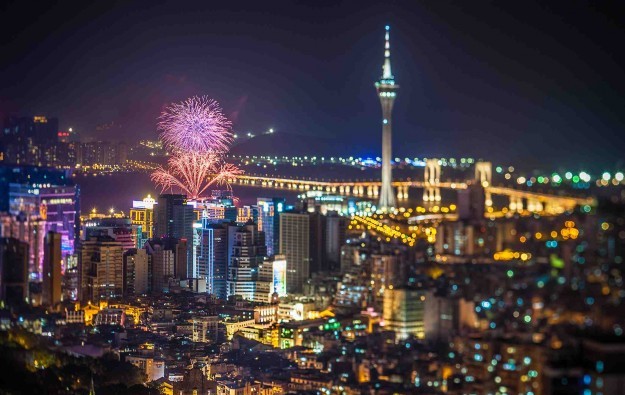 Occupancy levels for many of the hotels in casino properties in Macau are likely to be strong during the upcoming National Day holiday period, according to data collated by GGRAsia from those hotels’ respective official booking websites. The aggregate number of visitors to the city during the holiday break is expected to increase by “4 to 5 percent” year-on-year, according to the head of the local tourism office.

According to checks by GGRAsia, some of the hotels in casino properties – either in Macau peninsula or in the city’s Cotai district – were already fully booked for the October 1 to October 8 period as of Thursday (September 28). Properties fully booked included: MGM Macau, run by MGM China Holdings Ltd; Wynn Macau and Wynn Palace, run by Wynn Macau Ltd; the Star Tower in Studio City, a Cotai resort operated by Melco Resorts and Entertainment Ltd; and StarWorld Hotel, a property on Macau peninsula by Galaxy Entertainment Group Ltd. Hotel room bookings at Grand Lisboa – a property operated by SJM Holdings Ltd – were full for the October 1 to October 7 period.

Investment analysts have previously indicated that in the Macau market, the importance of VIP and premium mass players in gross gaming revenue terms means that many hotel rooms at the city’s casino resorts are provided on a complimentary basis to clients – commonly referred to in the casino industry as “comps”. Comps often are a significant contributor to the high occupancy levels reported by hotels in casino properties in Macau.

Several other high-end hotels in Macau casino properties were already fully booked for at least half of the Golden Week period, according to GGRAsia’s Thursday checks. Those included: the Crown Towers and Grand Hyatt Macau, in City of Dreams, a resort promoted by Melco Resorts; Galaxy Hotel, Banyan Tree and Hotel Okura, respectively part of Galaxy Entertainment Group’s Galaxy Macau property on Cotai; and the St Regis Macao and Conrad Macao, both properties at Sands China Ltd’s Sands Cotai Central resort.

Linda Chen, executive director and chief operating officer of Wynn Macau Ltd, had said on Tuesday that the rooms in the firm’s two properties – Wynn Macau on Macau peninsula and Wynn Palace on Cotai – were already fully booked for the upcoming October Golden Week holiday period.

There were 107 hotels and guesthouses in operation in Macau at the end of July, according to the latest available data from the city’s Statistics and Census Service. The number of guest rooms totalled 36,500, an increase of 15.3 percent in year-on-year terms.

“Our estimate is that there will be a 4 percent to 5 percent [year-on-year] increase in visitor arrivals [during the Golden Week],” Ms Senna Fernandes told reporters. She added that the average occupancy rate for the city’s hotels for the period should range between 85 percent to more than 90 percent.

The total number of visitors to Macau during the seven-day Golden Week holiday period in 2016 – from October 1 to 7 – stood at approximately 770,000 tourists, according to official data.

“I think we’ll be doing pretty well during the Golden Week,” Mr Ho told reporters on the sidelines of the 17th annual Forbes Global CEO Conference in Hong Kong.

He added: “So far this year, Macau’s market has been performing well. Of course the city has suffered during the typhoon [Hato], but now things have already got back to normal.”

Following Typhoon Hato on August 23 – which brought with it winds of more than 200 kilometres per hour (124 mph) – some hotels and casino resorts in Macau temporarily suspended their operations for up to one month, as they sustained damage and suffered power cuts and interruption to water supply.