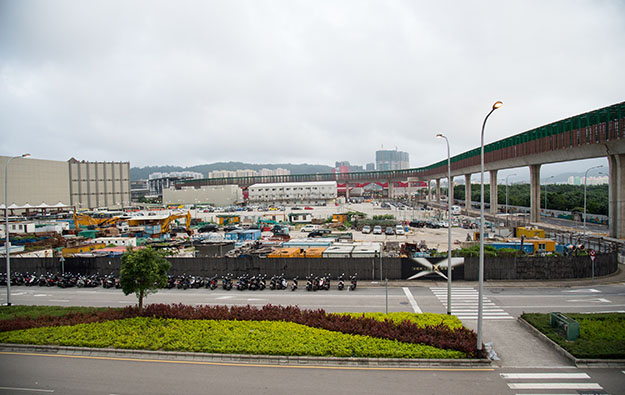 The Macau government has granted a three-year extension on the development deadline for the public land concession where the Cotai casino resort Studio City sits, said its majority owner, Asian casino firm Melco Resorts and Entertainment Ltd, in a Monday filing to Nasdaq. The new deadline is July 24, 2021.

“It is expected that the additional development will include a hotel and related amenities,” said the filing.

According to the group’s annual report for 2016, lodged in April last year, the previous deadline for completion of construction on the remaining parcel of land (pictured) was July 24 this year.

That earlier filing noted: “If we do not complete development by that time and the Macau government does not grant us an extension of the development period, we could be forced to forfeit all or part of our investment in… Studio City, along with our interest in the land on which… Studio City is located and the buildings and structures on such land.”

The management did mention on the latest earnings call that the group would discuss internally a potential initial public offering (IPO) of the Studio City scheme, citing earlier regulatory filings. Studio City International Holdings Ltd – the entity that controls the casino resort – submitted in August a draft registration statement for a possible IPO in the U.S.

When asked by GGRAsia – at the first-phase opening of Studio City in October 2015 – about the plans for the remaining land parcel of land for the site, Mr Ho had referred to the presence of minority equity partners in that project and the need to liaise with them for the second phase of Studio City.

He stated: “We have built about two-thirds of the land grant for Studio City… As you know, the interest in Studio City is 60 percent owned by Melco Crown [now Melco Resorts]… and 40 percent by New Cotai [LLC].”

Starting from Friday (July 8), two more hotels at major Macau casino resorts will be used for Covid-19 quarantine purposes. It will double the number of large gaming-resort hotels on Cotai that are... END_OF_DOCUMENT_TOKEN_TO_BE_REPLACED