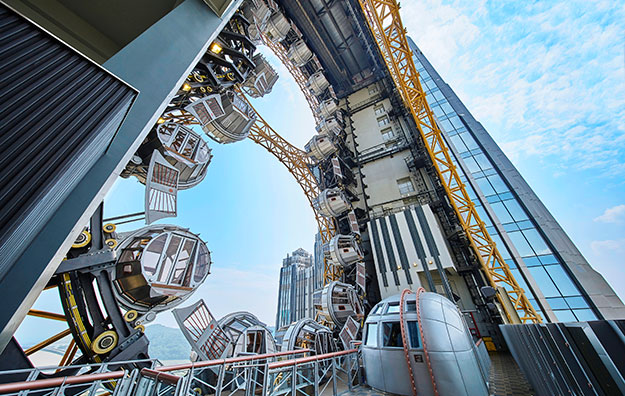 Studio City International Holdings Ltd – the controlling entity of the Studio City casino resort (pictured) in Cotai, Macau – announced on Tuesday that the underwriters of its initial public offering (IPO) had “exercised their over-allotment option in full”.

According to the firm, the over-allotment option was for the purchase of an additional 4.3 million American Depositary Shares (ADSs) from Studio City International at the IPO price of US$12.50 per ADS. Each ADS is equivalent to four ordinary shares from the company.

Studio City International’s ADS price closed at US$16.33 on Monday. The firm is listed on the New York Stock Exchange. Its ADSs began trading there on October 18.

Deutsche Bank Securities Inc, Credit Suisse Securities (USA) LLC, and Morgan Stanley & Co International PLC acted as joint bookrunners for the offering and as the representatives of the underwriters.

The Studio City casino resort is operated by Asian casino developer Melco Resorts and Entertainment Ltd. The latter remains the controlling shareholder of Studio City International following the IPO, with a 57.3-percent voting interest in the recently-listed company.

An approximately 38-percent stake in Studio City is still in the hands of New Cotai Holdings LLC. The firm is controlled by U.S. investment firms Silver Point Capital LP and Oaktree Capital Management LP, and has been a long term investor in the casino scheme.

Melco International is the parent company of Melco Resorts.

The US$406.7-million figure was net of underwriting discounts and commissions, but not of offering expenses payable by Studio City International, according to the release.

Studio City International had previously said it planned to use the net proceeds of the offering to acquire newly-issued shares of its subsidiary, MSC Cotai Ltd. In turn, MSC Cotai expected to apply the net proceeds it received for the repayment of existing indebtedness.

The casino at the Jeju Dream Tower resort (pictured), in the capital of the South Korean holiday island of Jeju, recorded KRW18.5 billion (US$14.5 million) in gaming revenue for the three months to... END_OF_DOCUMENT_TOKEN_TO_BE_REPLACED