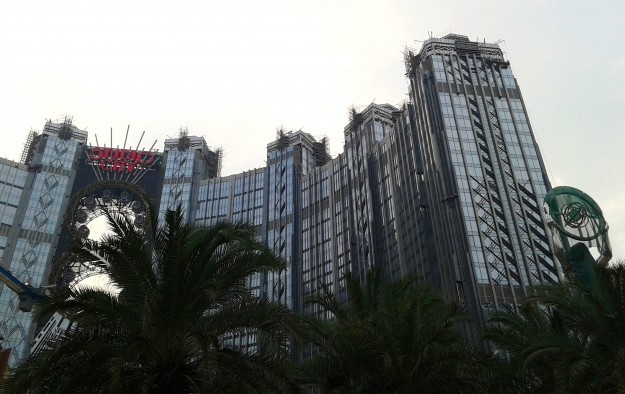 “In our view, that Studio City is opening on October 27 is a key event for [casino developer Melco Crown Entertainment Ltd], and likely a ‘lightning rod’ for both bulls and bears [regarding Macau’s casino sector],” analyst Cameron McKnight wrote in a Friday note.

He added: “We believe the extent to which Studio City grows the market is likely to drive stocks.”

Studio City will have a figure of eight Ferris wheel, a 300-seat theatre as centrepiece of the resort’s ‘The House of Magic’ shows’, a virtual reality ride called ‘Batman Dark Flight’, and a ‘Warner Bros. Fun Zone’, based on that Hollywood brand’s popular animated characters.

Mr McKnight stated that “the Studio City site has considerable long-term appeal; our checks suggest the property is very impressive.” He however raised some near-term concerns, including Studio City “opening into a weak market”.

Market wide in Macau, accumulated gross gaming revenue (GGR) for the July to September period was down 34.4 percent year-on-year. The city has posted 16 consecutive months of year-on-year decreases in GGR and October is likely to follow the trend, say several investment analysts covering the sector.

Another concern raised by Wells Fargo is the reported absence of VIP gaming at Studio City. Macau’s Secretary for Economy and Finance, Lionel Leong Vai Tac, said last week that one of the reasons why the government had allocated 250 new-to-market gaming tables to Studio City was the absence of VIP rooms in the property.

A total of 200 new-to-market tables can be operated at Studio City from day one, with the remainder available from January 1, 2016, according to Mr Leong.

Mr McKnight added that the ongoing construction works around Studio City could also be near-term concern. The property is located besides the Parisian Macao, from casino operator Sands China Ltd, currently under-construction and scheduled to open in the second half of next year.

Macau casino operator MGM China Holdings Ltd had a “record” market share in January, and its venues were the “highest-earning businesses” in the portfolio of the majority owner MGM Resorts... END_OF_DOCUMENT_TOKEN_TO_BE_REPLACED