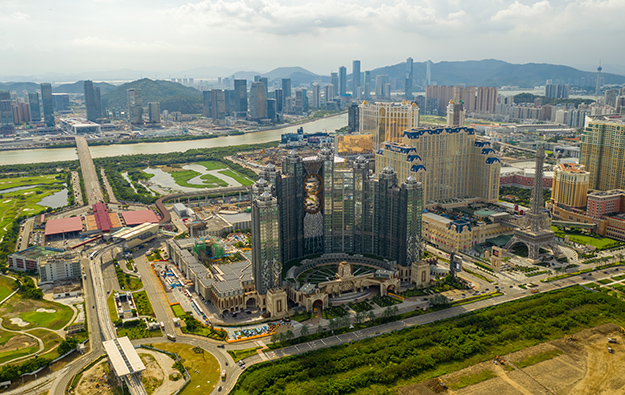 Lucror Analytics, a research company based in Singapore that focuses on high-yield credit, says it foresees Studio City Co Ltd “would have to raise more funds” in 2022, in order to “fulfil its liquidity needs,” amid that firm’s expansion plans in the Macau market.

Studio City is currently spending US$1.25 billion to US$1.30 billion in phase-2 construction of the Studio City complex. Phase 2 will include two hotel towers with an aggregate of 900 rooms and suites, a cineplex, an indoor water park, and facilities for meetings and exhibitions.

The group has said it must “fully develop” Studio City’s land by May 31, 2022. But the promoter of Studio City “is likely to request an extension of the development period from the Macau government, owing to construction delays caused by Covid-19,” suggested Lucror Analytics.

The debt specialist said Studio City is in a “high cash-burn” cycle due to its engagement in phase 2 of the property. “The company had spent US$195 million on the project as of September 2020, with the bulk of capex [capital expenditure] to be incurred in fiscal-year 2021 and fiscal-year 2022,” said Lucror Analytics’ credit analyst Leonard Law.

“Studio City’s cash balance … could be drained by the operating cash burn, as well as US$525-million of planned capex in fiscal year 2021,” stated Mr Law. “Hence, we foresee that the company would have to raise more funds in fiscal-year 2022 to fulfil its liquidity needs.”

In January, the Studio City group issued US$750-million in aggregate principal amount of 5.00-percent senior notes due 2029. The proceeds will be used to redeem the US$600-million notes due 2024, with the any remaining amount to partially fund the Studio City phase 2 project and for general corporate purposes.

Lucror Analytics said it saw a “slight leverage improvement” in Studio City Co’s credit. As of September 2020, Studio City had nearly US$657.5-million of cash and cash equivalents, according to the company’s third-quarter earnings results.

“The cash balance should be further bolstered by circa US$150 million from the January 2021 refinancing. The company also had credit facilities totalling HKD234 million (US$30 million), which were fully available for drawdown,” stated the debt specialist.

The company’s earnings are likely to “continue to be impacted by Covid-19 disruptions,” with a “relatively worse performance” versus its competitors in Macau.

In January, the promoter of Studio City said the property’s gross gaming revenues (GGR) in October and November during the latest fourth quarter, , compared to the whole of third-quarter 2020.

Moody’s Investors Service Inc said last week it expected the ratio of adjusted debt to earnings before interest, taxation, depreciation and amortisation (EBITDA) of Melco Resorts to remain above 10 times for this year, as the casino operator is likely to “take on more debt to fund its expansion projects over the next two years.”

Macau’s Court of Final Appeal announced on Monday sentences in relation to a total of nine cases concerning debt claims involving junket operators based at local casinos. In all the cases, the... END_OF_DOCUMENT_TOKEN_TO_BE_REPLACED