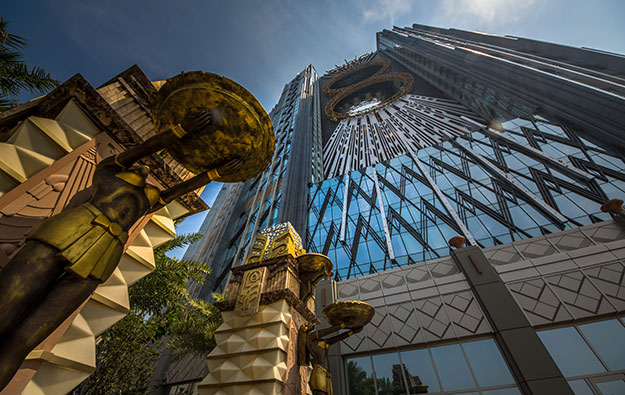 The financial performance of Macau’s newest casino resort, Studio City, could be hurt by its non-gaming operations, suggests a new report from investment bank Morgan Stanley Research. But the property’s focus on mass casino gaming might help balance the results, the report adds.

“Studio City (60 percent owned by Melco Crown Entertainment Ltd) is the biggest wild card for the industry and for Melco Crown. Either Studio City (US$3.2 billion project opened with only mass tables) will prove the adage ‘supply drives demand’ or it will result in competition, promotion and low margin,” analysts Praveen K. Choudhary, Alex Poon and Thomas Allen wrote in Thursday’s report.

They added: “Non-gaming is a crowd puller, but a margin drag. On the other hand, mass-only casino should drive margins higher.”

The Morgan Stanley team stated that the property “has the most diversified non-gaming attractions in Macau”. That includes a figure of eight Ferris wheel, a 300-seat theatre as centrepiece of the resort’s ‘The House of Magic’ shows’, a virtual reality ride called ‘Batman Dark Flight’, and a ‘Warner Bros. Fun Zone’, based on that Hollywood brand’s popular animated characters.

But Studio City’s 2016 earnings before interest, taxation, depreciation and amortisation (EBITDA) could be negatively impacted by “lower non-gaming revenue due to lower retail rental income and hotel revenue per available room”, Morgan Stanley noted. The estimate was based on the performance of rival operator Sands China Ltd on those two segments in the third quarter of 2015 – according to Morgan Stanley, Sands China is currently the Macau operator with the closest market positioning to Studio City.

Studio City’s casino includes only mass gaming facilities, a “business decision” reportedly made by management once it became known that the venue was to get a new-to-market allocation of 250 gaming tables – 200 for use from the opening and a further 50 from January – and not 400 as requested. Daiwa Securities Group Inc however stated in a note on Tuesday that there is a “planned VIP area… located on the second floor of the casino, though it will not be opened at this time”.

Morgan Stanley said in Thursday’s report that it expects Studio City to generate US$348 million of EBITDA in 2016, based on operational expenses of US$1.0 million a day.

“For it to break even at EBITDA, the industry’s and Melco Crown’s mass revenues have to grow 3 percent and 21 percent, respectively, versus the [annualised] third quarter of 2015,” the Morgan Stanley team noted.

Casino equipment supplier Sega Sammy Creation Inc said in a Friday release it was debuting its Genesis Crest 43J cabinet in Asia. The product will be available at an in-person trade show, G2E Asia:... END_OF_DOCUMENT_TOKEN_TO_BE_REPLACED