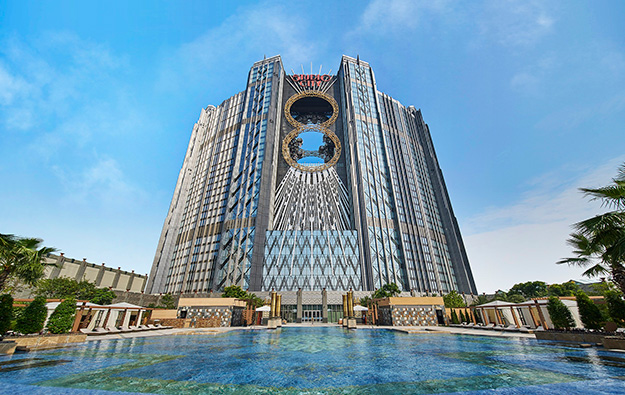 The filing did not clarify if the cessation would affect all VIP operations at the property, namely in-house VIP play and VIP play offered via external junket partners.

Melco Resorts did not specify reasons for the decision. A filing to the Hong Kong Stock Exchange on Tuesday from Melco Resorts’ parent, Melco International Development Ltd also do not address the rationale.

But a note that day from Japanese brokerage Nomura stated: “Studio City’s leased VIP tables generated only 10 percent to 15 percent of estimated property-level EBITDA [earnings before interest, taxation, depreciation and amortisation] (approximately US$40 million in 2018). Melco Resorts believes the tables will generate greater volume if repositioned, probably at Morpheus where premium mass demand has been strong.”

The latter was a reference to a new five-star hotel tower which opened in June with a reported focus on so-called premium-mass play – and without being granted any new-to-market gaming table allocation by the Macau government – at Melco Resorts’ wholly-owned property City of Dreams Macau.

Brokerage Sanford C. Bernstein Ltd noted that the cessation of VIP operations at the property “should theoretically negatively impact the value of the Studio City asset”. Analysts Vitaly Umansky, Eunice Lee and Kelsey Zhu added: “If Melco Resorts does decide to acquire the asset fully down the road, it could come at a slightly cheaper price.”

“Melco [Resorts] must give 12 months’ notice to its minority partners before the tables can be moved in January 2020. This strategy is timely and should be effective. We think it could add at least US$1 per American depository share [in] value to this already-undervalued stock within a year,” said the institution in its memo.

A number of junket firms in the Macau market had recently told GGRAsia that Studio City was of limited appeal to their VIP customers due in part to its lack of five-star accommodation.

Its shopping mall by contrast is mostly filled with the sort of Western high-end clothing and watch and jewellery brands normally favoured by China’s rich.

Several brokerages are currently predicting there will be slowing in Macau gross gaming revenue (GGR) performance in the first half of this year, including a likely year-on-year contraction in January that will affect VIP at a higher rate of decline than in the mass-market segment.

The history of VIP play at Studio City is a mixed bag. When the property opened in October 2015, it had no VIP play. At the time, Lawrence Ho Yau Lung – then co-chairman as well as chief executive of what was then Melco Crown Entertainment Ltd – said that was a “business decision” related to the number of new-to-market live dealer tables allowed at the property by the Macau government. The Macau government wants to see more non-gaming elements in Macau’s tourism market and casino industry.