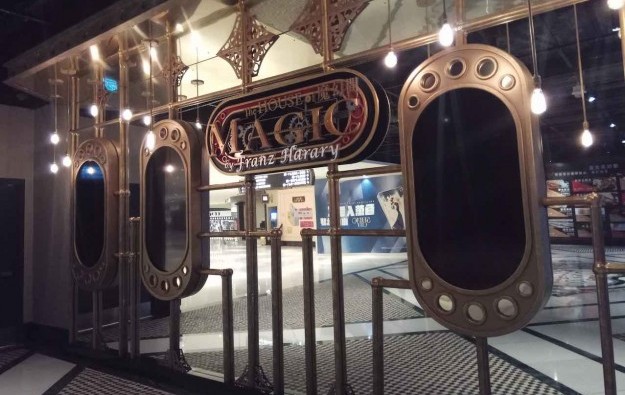 Asian casino operator Melco Resorts and Entertainment Ltd told GGRAsia it is looking to replace the programming at now-closed venue ‘The House of Magic’ (pictured) at its majority-owned Studio City property in Macau, via “new magic shows”.

“We’re looking to launch new magic shows at the same venue probably next year,” a Melco Resorts spokesperson told us. “The venue is now undergoing a renovation.”

Melco Resorts did not directly respond to a question regarding why it had decided to close The House of Magic, but noted that the planned new content at the attraction was part of the firm’s effort to “improve the entertainment offerings” for guests at Studio City, a venue in the Cotai district.

The last performance at The House of Magic was held on October 8 and the performance venue was closed the next day.

The House of Magic attraction was designed by American magician Franz Harary. It was quartered in a purpose-built, 300-seat theatre, complemented by several smaller venues that hosted performances by other entertainers.

“The House of Magic has not been a successful venue. Melco is looking at repositioning portions of the property [Studio City]…” wrote brokerage Sanford C. Bernstein Ltd in a memo on October 9.

But during a site visit on Wednesday, GGRAsia noted that a food court on the ground floor of the property – previously branded as “Cosmos Food Station” – now had its external sign removed. The various brandings of the food stalls inside had also been removed. The facility is not currently being promoted on Studio City’s website.

A spokesperson for Melco Resorts confirmed that the Cosmos Food Station had closed and would be replaced with “new facilities”. The nature of the new facilities and the launch time would be announced later, the person added.

Melco Resorts has a 60-percent stake in Studio City, with the remaining 40 percent held by New Cotai Holdings LLC.

China has moved one step closer towards reopening, by relaxing some its Covid-19 control measures, with most infected people now able to quarantine at home rather than in state-sanctioned... END_OF_DOCUMENT_TOKEN_TO_BE_REPLACED