Studio City to get 250 tables from Macau govt: MPEL 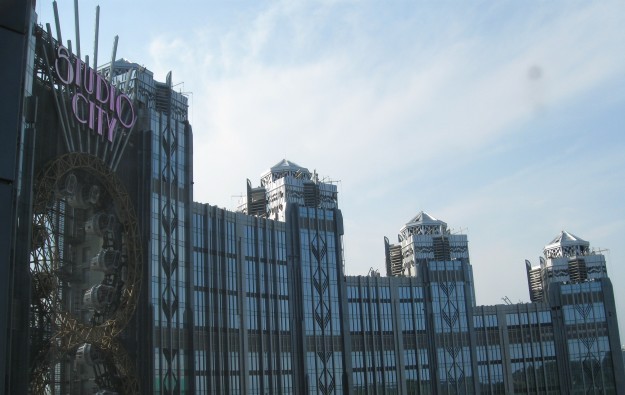 The Studio City casino resort (pictured) opening on Cotai in Macau next Tuesday is to receive 250 new-to-market gaming tables from the Macau government, the project’s promoter said. A total of 200 can be operated at launch.

Lawrence Ho Yau Lung, co-chairman and chief executive of Melco Crown, said at a press conference in August announcing the property’s launch date that he hoped the US$3.2-billion Studio City could open with 400 tables.

Table allocation for new Macau projects has long been a topic of interest to investment analysts as they seek to understand likely returns on invested capital at a time of retreating gambling revenues in Macau. That is partly on the basis that – from past experience in Macau – a new opening can create incremental business for that operator, and it needs extra tables to take advantage of the opportunity, rather than shuffling tables from existing properties.

Table allocation can also be an issue for lenders on new projects. Melco Crown revealed in an April filing that it might technically fall into default on an approximately HKD10.86-billion  (US$1.4-billion) Studio City project loan if it is unable to open to the public its majority-owned Cotai casino resort by October 2016 “with a minimum 400 gaming tables available for operation”.

Tuesday’s press release stated: “Following the table allocation confirmation, Studio City intends to proactively engage the lenders under its senior credit facilities to discuss proposed amendments to the terms of its loan documentation to reflect the number of tables allocated.”

Mr Ho said in the statement: “”We thank the Macau government for its consideration of our application and approval of gaming tables and machines for Studio City.  We are confident that Studio City’s offering of cinematically-themed entertainment, retail [facilities], food and beverage and accommodation options will contribute meaningfully to the economic and employment diversification of Macau.”

There was a suggestion in August by Deutsche Bank AG that Studio City could open with as few as 150 new-to-market tables. But expectations of a higher allocation were raised recently, with UBS Securities Asia Ltd saying in a note on October 7 that the resort’s initial allocation “could be in the range of 200 to 250 tables”.

The Macau government has repeatedly said it would take into consideration the non-gaming facilities being offered at the latest generation of casino resorts being developed on Cotai by Macau’s six gaming concessionaires, and how each company forms partnerships with local small- and medium-sized enterprises, before deciding on table allocation for each new property.

Rival operator Galaxy Entertainment Group Ltd was given 150 new-to-market tables when it opened the HKD19.6-billion Galaxy Macau Phase 2 on May 27. The company had said in earlier announcements that the development has space for 500 tables.

In last Thursday’s third quarter earnings conference call for Wynn Resorts Ltd – which is developing the US$4.1-billion Wynn Palace scheme on Cotai, due to open on March 25 next year – company chairman Steve Wynn called the Macau government’s table allocation policy, “almost a mystical process”, “outrageous and ridiculous”, and “the single most counterintuitive and irrational decision that was ever made”.

On Sunday, the government took the unusual step of addressing the criticism directly, holding a meeting with senior executives of local unit Wynn Macau Ltd that day and later issuing a statement that it “firmly” stands by the table cap.

The table cap policy aims to limit the increase of live dealer table numbers in the Macau market to 3 percent compound annual expansion until the end of 2022, from a base of 5,485 tables recorded at the end of the fourth quarter in 2012.