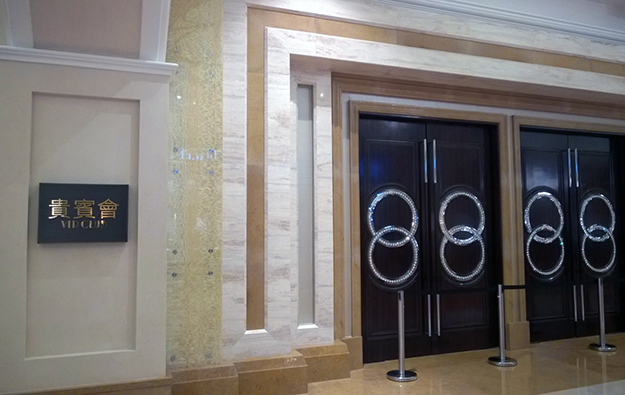 “We have received Melco’s application to open new [VIP] gaming tables in Studio City and [are] currently analysing the application,” the city’s gaming regulator – also known by its Portuguese acronym DICJ – told us in an email.

DICJ additionally stated that the casino operator had not specified in its application from where it wished the VIP tables to come.

As the Macau government currently operates a cap on the number of live-dealer gaming tables allowed in the market, it is likely that any VIP tables would either have to come from Studio City’s main floor and be redesignated; or come from Melco Crown’s 100-percent owned Macau properties; or come from any mothballed tables at Studio City or Melco Crown’s other Macau venues.

Ted Chan Ying Tat, chief operating officer of Melco Crown, had mentioned to the media in comments on September 6 that he hoped to see VIP gaming facilities opened in Studio City that month. He added at the time that work to set up the high roller facilities at the casino resort was almost finished, but that the company was yet to decide which part of the business would supply the VIP tables.

In an emailed reply on Monday to GGRAsia regarding the timetable for implementation of the plan, Melco Crown said: “Studio City’s VIP gaming facilities are yet to open and the opening timing is subject to the [Macau] government’s approval and endorsement.”

“In terms of the 30 tables that are set to be designated for such purposes [VIP gaming at Studio City], two-thirds will be allotted to junkets by two major junket operators; and one-third [will go] to premium direct,” the casino operator noted, referring latterly to VIP business directly managed by the casino.

At the time of Studio City’s opening on October 27 last year, Melco Crown’s chief executive, Lawrence Ho Yau Lung, had said not having VIP gaming there was a “business decision”, driven mainly by the size of the gaming property’s new-to-market allocation of 250 tables from the Macau government.

But in Melco Crown’s second-quarter earnings conference call with analysts in August, Mr Ho had confirmed the group was in the process of setting up VIP gaming facilities at Studio City.

“Consistent with our approach of maximising profitability through yield management, we are in the process of setting up rolling chip operations at Studio City, including both junket and premium direct VIP offerings,” said Melco Crown’s CEO on the conference call.

The imminent return of package tours from mainland China will not only help boost Macau’s tourism businesses, but is also expected to help casinos gain more foot traffic in their mass gaming... END_OF_DOCUMENT_TOKEN_TO_BE_REPLACED