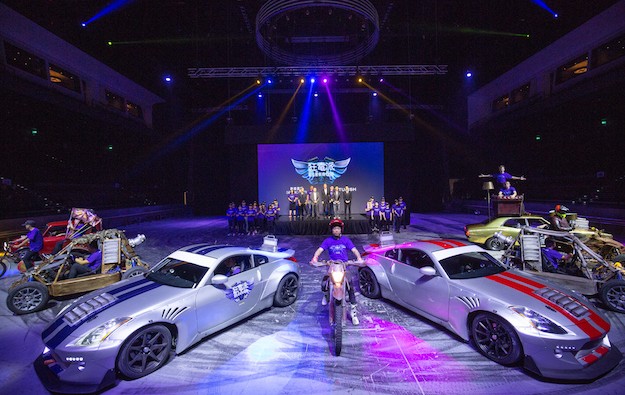 “Elēkrŏn” (pictured), a variety entertainment show with car stunts staged at the Studio City casino resort on Cotai, will have its last performance on July 21, the venue’s promoter Melco Resorts and Entertainment Ltd confirmed in an email to GGRAsia.

The show launched in January.

“The Elēkrŏn show was planned as a six-month resident production at Studio City,” a spokesperson for Melco Resorts said in the message in response to our enquiry, after English-language newspaper the Macau Daily Times had reported last week the spectacle would be discontinued.

“On July 21, it will come to the end of its residency, and the Studio City Event Center will resume a new programme of live concerts and activities,” it added.

Lawrence Ho Yau Lung, chairman and chief executive of Melco Resorts, had been asked in late March, when discussing his firm’s trading outlook for the rest of 2019, whether the Elēkrŏn spectacle would run beyond the first half of the year.

He said at that time: “We will see, and we will judge according to the feedback we get to the show.”

Back in January, he had suggested Elēkrŏn – produced in partnership with entertainment firm Stufish – would be less susceptible to displaying “cultural insensitivities” than some previous non-gaming offerings in the Macau market.

The 75-minute performance is said to have more than 150 people involved in its production, and has featured more than 70 custom-made vehicles.

The Macau government has been keen to see more non-gaming entertainment in the city’s casino resorts. But Macau has not so far seen the same depth and breadth of non-gaming offerings as exists in the United States casino hub of Las Vegas, Nevada.

A number of Macau shows has been withdrawn from the market over recent years – some of them amid reported dwindling in ticket sales. Studio City, which at its launch in October 2015 was presented as a mass-market focused resort with family entertainment, has seen several of its non-gaming attractions withdrawn.

“The House of Magic” show, one of the non-gaming features of Studio City from its launch, closed in October 2017. “‘The House of Magic’ has not been a successful venue,” said brokerage Sanford C. Bernstein Ltd in a note at the time.

Nonetheless the longest-running non-gaming spectacle in the Macau casino market is “The House of Dancing Water”, based at another Melco Resorts property on Cotai, City of Dreams. As of February this year, more than 5 million people had seen that show since its 2010 premiere, according to the company.