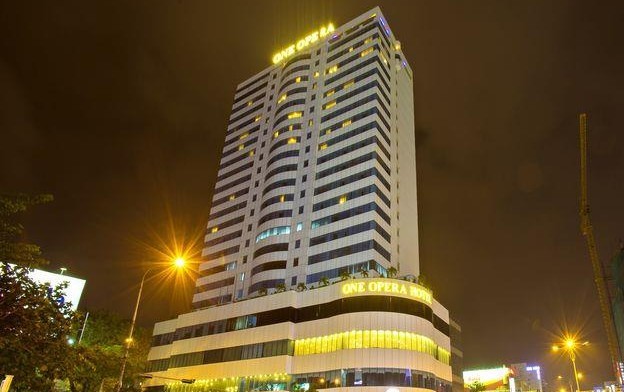 Gaming services firm Success Dragon International Holdings Ltd on Thursday announced that it was terminating an agreement to acquire a stake in a five-star hotel – as well as land for further development – in Danang, Vietnam.

The Hong Kong-listed firm had said in April it planned to pay – via a subsidiary – a total consideration of US$14.13 million for the entire issued share capital in Vabis Building Consultants and Engineering Ltd. Vabis would hold a 45-percent stake in a holding company to be incorporated in Vietnam that would own the hotel and plot of land in Danang.

The hotel targeted in the proposed deal was One Opera Danang Hotel (pictured), described as a five-star hotel and commercial complex and located in Vietnam’s fourth-largest city. The deal covered an electronic gaming machine club operated in the premises of the hotel.

In its Thursday filing, Success Dragon said it decided to terminate the acquisition agreement as the vendor – a Vietnamese businessman previously identified as My Ngoc Nguyen – had “difficulty in obtaining the requisite consent for the implementation of the [asset] reorganisation”.

The Success Dragon board stated that the termination of the acquisition agreement “will not have any material adverse impact on the operation, [the] business nor [the] financial position of the group.”

In December, Success Dragon said it had made two agreements to manage electronic gaming machines at gaming clubs in two five-star hotels in Vietnam, including at the One Opera Danang Hotel. Under the deal, Success Dragon was appointed as exclusive manager of games with prizes at the electronic gaming machine club at One Opera Danang Hotel for an initial term of 10 years.

On Tuesday, Success Dragon stated it was cancelling a proposed placement of convertible bonds announced two weeks earlier. The firm said it was “unable to agree on some of the key commercial terms” of the placing exercise with the placing agents.

Success Dragon reported a net loss of HKD231.5 million (US$29.8 million) for the fiscal year ended March 31, 2016. The group’s loss widened from the HKD47.3 million recorded in the previous year.

Macau recorded 69,279 visitor arrivals on the sixth day of the Chinese New Year (CNY) holiday period, showed official data. The city welcomed about 384,600 visitors in the first six days of the... END_OF_DOCUMENT_TOKEN_TO_BE_REPLACED