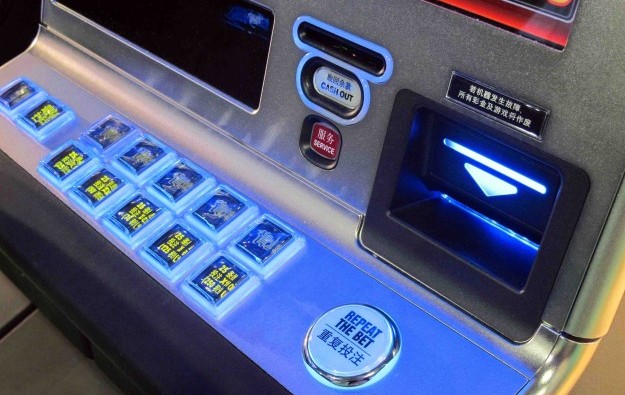 Success Dragon International Holdings Ltd – known until last week as CY Foundation Group Ltd – said in press release on Thursday it is “repositioning” its operations to include “outsourced business process management and IT [information technology] services” for the gaming industry.

Until now it has been best known in the gaming industry for providing – via a subsidiary – third party management of electronic gaming machines in some Macau casinos, including analysis of operational data, a niche in which it will continue to operate.

The firm added in its Wednesday release that what it referred to as the group’s new IT service “provides gaming companies with a series of customised information technology solutions, including gaming software and development, hardware and software solutions, storage and data management solutions”.

Gavin Isaacs, president and chief executive of gaming equipment supplier Scientific Games Corp, told GGRAsia in an interview earlier this year, that gaming operators in Asia were going to need make better use of their operational data in order to unlock existing value from gaming operations at a time when yields from traditional high stakes table players were being squeezed.

Success Dragon mentioned in its Wednesday press release that it had IT management deals with what it referred to as “three racing enterprises” in Vietnam, with the deals in aggregate expected to “generate minimum revenue of US$7.31 million per year”.

On December 11, the firm said in a filing to the Hong Kong Stock Exchange it had formed agreements to manage electronic gaming machines at gaming clubs in two five-star hotels in Vietnam.

Success Dragon stated in its Wednesday press announcement it would “rapidly develop with a clear operational strategy and a three-pronged approach, which is to focus on its core business as an outsourced business process management and IT service provider, aggressively expand its presence in Vietnam and constantly explore potential markets to broaden its revenue source”.

The imminent return of package tours from mainland China will not only help boost Macau’s tourism businesses, but is also expected to help casinos gain more foot traffic in their mass gaming... END_OF_DOCUMENT_TOKEN_TO_BE_REPLACED