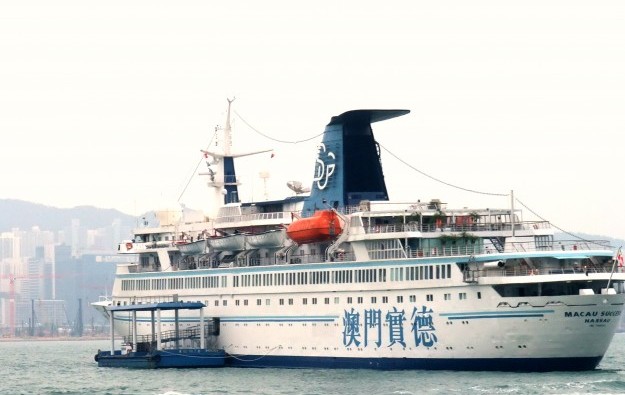 Macau casino investor Success Universe Group Ltd has told GGRAsia it is seeking to sell its 55 percent interest in M.V. Macau Success (pictured), a casino cruise ship that operates out of Hong Kong, due to rising costs.

In 2012, the company reported a 16 percent year-on-year increase in turnover generated by the vessel. But in its 2013 annual report, Success Universe said the turnover growth narrowed to four percent, or HK$84 million (US$10.8 million). The cruise ship business posted a profit of approximately HK$0.5 million in 2013 compared with approximately HK$2.9 million in 2012.

The possible disposal of the firm’s majority stake was confirmed in a filing to the Hong Kong Stock Exchange on Wednesday evening.

Hoffman Ma Ho Man, deputy chairman of Success Universe Group, told GGRAsia: “The reason is the price [offered] and that the ship is getting old and costs are going up.”

Mr Ma declined to comment on the potential buyer. But in the past, investors in Macau junket operations – including Jack Lam Yin Lok’s Jimei Group and also Hong Kong-listed Neptune Group Ltd – have taken stakes in similar casino ships.

Success Universe Group is a joint venture partner with a unit of SJM Holdings Ltd in Macau casino resort Ponte 16. SJM also supplies the gaming licence for the property.

According to Success Universe Group’s 2013 report, the M.V. Macau Success is a nine-deck cruise ship, operating on a daily basis from Hong Kong to international waters. The cruise ship was built in 1974 and motors under a Bahamian flag. It features a casino and entertainment facilities, with a total capacity for 660 people and more than 200 passenger rooms.

It is likely that Macau will shortly have a third round of citywide centre-based Covid-19 testing in little more than a week, after the results so far of a second mass test – that was due to finish... END_OF_DOCUMENT_TOKEN_TO_BE_REPLACED