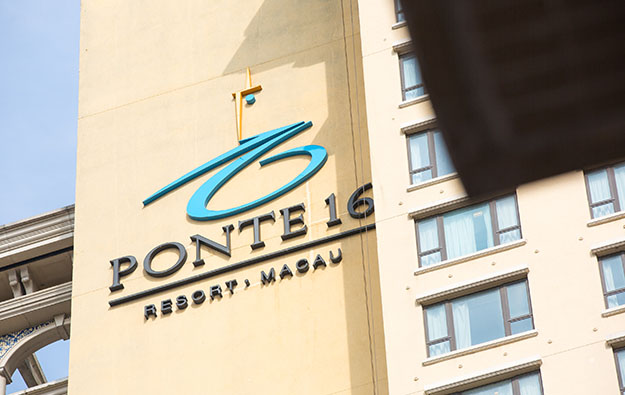 Success Universe Group Ltd, an investor in Macau casino hotel Ponte 16 (pictured), reported on Monday a first-half net loss of nearly HKD52.8 million (US$6.8 million). That compares with a loss of HKD132.3 million for the six months to June 30, 2020, representing a decrease in loss of 60.1 percent in year-on-year terms.

Revenue for the period was approximately HKD35.4 million, down 89.4 percent from a year earlier, said the company in a filing to the Hong Kong Stock Exchange.

Success Universe is a joint venture partner with a unit of casino concessionaire SJM Holdings Ltd, in casino hotel Ponte 16, at Macau’s Inner Harbour district. Success Universe is also engaged in tourism agency operations in Canada; additionally, the firm is an investor in real estate in Hong Kong, bitcoin and stocks – it has a small stake in electric car maker Tesla Inc.

The decrease in its first-half loss was mainly attributable to a reduction in the loss posted by operations at the Ponte 16 complex; and a fair value gain on the group’s investment properties.

The group’s shared loss relating to Ponte 16 was about HKD30.3 million in the first six months of 2021, compared with a loss of HKD64.0 million a year ago.

As at June 30, the casino at Ponte 16 had 93 live-dealer gaming tables in operation, consisting of 86 mass-market tables and seven high-limit tables.

Success Universe said the casino hotel complex recorded negative adjusted earnings before interest, taxation, depreciation and amortisation (EBITDA) in the first half this year to the tune of HKD41.4 million. That compared with a negative result of HKD93.3 million for the last corresponding period.

“Supported by market recovery, the gaming and occupancy performance of Ponte 16 saw improvements during the reporting period,” said Success Universe. “Most notably, the business performance of Ponte 16 recovered to almost half of pre-pandemic levels and the average occupancy rate of Sofitel Macau At Ponte 16 reached over 90 percent during the Labour Day Golden Week,” it added.

The Labour Day Golden Week holiday is traditionally a peak period for Macau’s tourism and gaming industry. China’s State Council designated the first five days of May as the Labour Day break this year. Mainland China remains the only place to have a mostly quarantine-free travel bubble with Macau, and is presently the main source of Macau’s tourists.

Success Universe stated in its Monday filing it expected the path for gross gaming revenue recovery to pre-pandemic levels to “likely remain challenging” due to the ongoing impact of the Covid-19 pandemic on tourism and travel. The firm said there were plans for Ponte 16 to “initiate a joint promotion” campaign with retailers, restaurants and souvenir shops within the Inner Harbour area – where the casino hotel is located – in order to “boost local consumption”.

Macau mass-market casino gross gaming revenue (GGR) for the recent Chinese New Year (CNY) holidays could have recovered to at least 60 percent of that for the 2019 break, when the festivities were in... END_OF_DOCUMENT_TOKEN_TO_BE_REPLACED