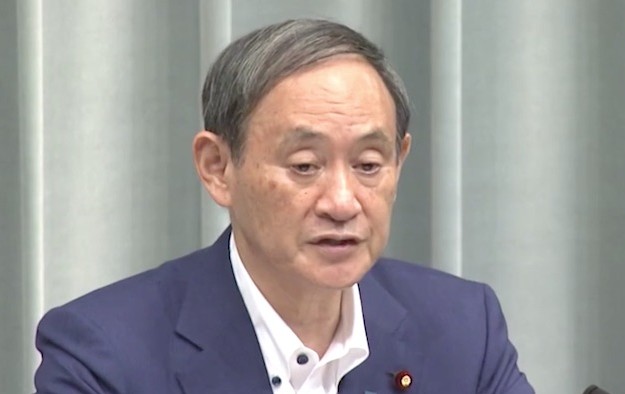 Yoshihide Suga, Japan’s chief cabinet secretary under outgoing prime minister Shinzo Abe, said in a Friday interview that the national policy of introducing casino resorts was vital to the country’s plan for promoting inbound tourism, and that he would proceed with it.

Mr Suga (pictured), has been tipped by commentators in that country as the person most likely to replace the Liberal Democratic Party’s Mr Abe, as prime minister. Mr Abe resigned on August 28, citing health concerns. Mr Suga had already issued, at a September 2 press conference, what Bloomberg referred to as a “manifesto” aimed at lobbying for the top job.

Mr Suga’s Friday comments were made in the secretary’s parliamentary constituency, Kanagawa prefecture. The latter is where Yokohama city is located: authorities in that city had already set in motion a process to bid to the national authorities for a casino complex, or integrated resort (IR) as they are known in Japan.

Mr Suga is the deputy director-general of a national government body linked with pushing ahead the integrated resort policy.

On the day of Mr Suga’s local interview with TV Kanagawa, community activists in Yokohama reportedly began a process to collect enough signatures from members of the public to trigger a local referendum on the casino issue.

On August 19, Yokohama’s mayor said the city would delay, for an unspecified period, revealing its local implementation policy for a tilt at a casino complex. She cited the fact the national government had not yet issued its own basic policy on IRs.

Up to three casino resorts are to be permitted in Japan in a first phase of liberalisation.

Banking group Nomura said in an August 28 memo, offering commentary on Mr Abe’s departure, that were Mr Suga to take over the top job, the casino policy would in likelihood remain in place.

“Having served as chief cabinet secretary since December 2012, he has had a guiding hand in the way successive (second to fourth) Abe administrations have kept a tight rein on policy and can be expected to maintain that style if elected.”

The financial institution added: “As well as continuing Mr Abe’s policy of reforming the social security system, we expect he would continue his policies of promoting tourism (including legalising casinos) and cutting mobile phone charges.”

Macau’s Court of Final Appeal announced on Monday sentences in relation to a total of nine cases concerning debt claims involving junket operators based at local casinos. In all the cases, the... END_OF_DOCUMENT_TOKEN_TO_BE_REPLACED