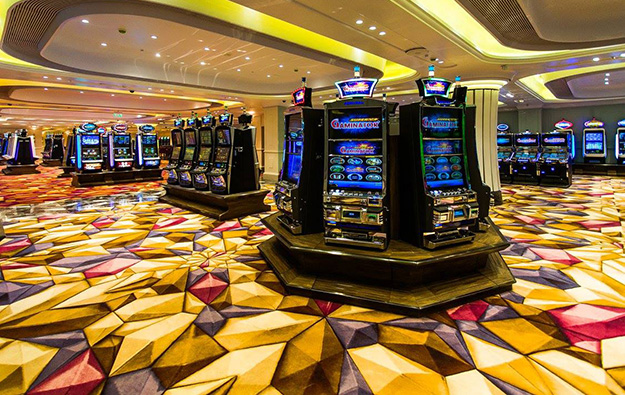 A possible increase to the tax burden on casinos based in Russia could reduce Summit Ascent Holdings Ltd’s 2018 earnings before interest, taxation, depreciation and amortisation (EBITDA) by as much as 6 percent, brokerage Union Gaming Securities Asia Ltd said in a note released on Wednesday.

Hong Kong-listed Summit Ascent – headed by casino investor Lawrence Ho Yau Lung – is the lead developer of the Tigre de Cristal casino resort (pictured) in the Primorye casino development area, near Vladivostok in the Russian Far East. Phase one of the resort opened in autumn 2015. Tigre de Cristal is currently the only casino property in operation in Primorye.

Unlike in Macau or Singapore, casino business in Primorye is not subject to a tax on gross gaming revenue. The Russian authorities instead charge a monthly fixed levy on each gaming device – gaming table or gaming machine – in operation.

“Should the bill be passed and Primorsky [Krai region] chooses to remain at the high-end” of the tax range, it could have a negative impact on Summit Ascent’s 2018 EBITDA amounting to HKD11 million (US$1.2 million), or 6 percent, wrote the brokerage’s analyst Grant Govertsen.

The note mentioned “further speculation that tax rates could be adjusted higher-still, post-2018.”

Union Gaming’s current assessment on the possible new tax burden for Summit Ascent is nonetheless more conservative than that of the casino operator.

Earlier this month, Summit Ascent warned its shareholders that, if the draft bill became law and the Primorsky authorities opted to impose levies at the highest possible rates permitted, there would be “a negative impact of approximately RUB9.02 million on the monthly gaming tax [sic] payable of Tigre de Cristal, equivalent to an annual negative impact of approximately RUB108.24 million,” – the equivalent of US$1.85 million.

Summit Ascent’s own estimate was made assuming that the number of gaming tables and gaming machines in operation at Tigre de Cristal would remain the same as recorded in September.

However, Summit Ascent stressed in its November 7 filing that the national parliament’s draft bill proposing tax changes for the casino sector would still need to pass through the upper house, the Federation Council, and then be approved and signed off by President Vladimir Putin before being enacted.

In addition, citing contacts with representatives from the local government regarding the proposed tax changes, the filing stated that “the current intention of the Primorsky government is to propose to the local Duma (i.e. the Primorsky Krai Duma) to maintain the tax rates at existing levels (as they are within the ranges proposed in the draft bill), if the new federal law were to be enacted.”

“When combined with a potential doubling of taxes, [it] is likely to delay future phases and the developments of the other licensees,” the Macau-based analyst wrote.

The Primorye casino development area is located 50 kilometres (31 miles) from Russia’s Pacific port of Vladivostok. Aside from Summit Ascent, currently two other firms are investing in gaming facilities in Primorye.

Yet Union Gaming’s Mr Govertsen said that, due to “concerns on the (lack of) progress of peer licensee casinos,” Summit Ascent is likely to “slow-play the development of Tigre de Cristal’s phase, which is slated to open in the second half of 2019.

That’s because, “without the positive effects of concentration, a single asset in a jurisdiction like Primorsky will not enjoy the same levels of GGR [gross gaming revenue] growth seen in other regional jurisdictions,” the analyst wrote.

In September Mr Ho pared his holding in Summit Ascent from 27 percent to 19 percent. “We view this as an indicator that Mr Ho sees greater opportunities elsewhere,” the Union Gaming note added.

The liquidity of casino group Las Vegas Sands Corp is “strong”, with over US$6.4 billion of consolidated cash and nearly US$3.5 billion of undrawn revolving credit facility capacity, said a... END_OF_DOCUMENT_TOKEN_TO_BE_REPLACED