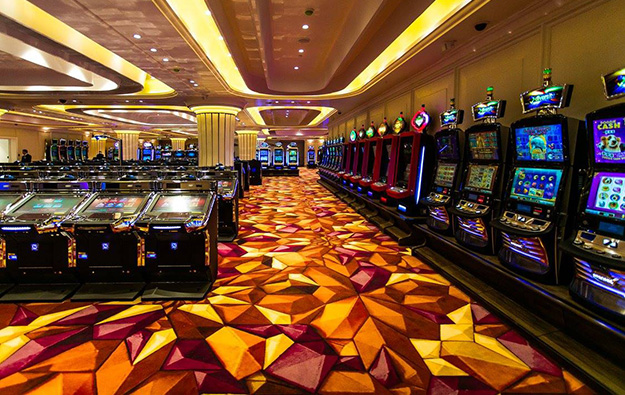 Hong Kong-listed Summit Ascent Holdings Ltd said on Tuesday that it expected a net loss of “not more than” HKD50 million (US$6.5 million) for the first half of 2020, due to the negative impact from Covid-19. The firm posted a profit of HKD42.8 million for the first six months of 2019, according to previous filings.

Summit Ascent is the lead promoter of the Tigre de Cristal casino resort (pictured) in the Russian Far East, with a 60-percent stake in the property’s operator Oriental Regent Ltd.

In a Tuesday filing, Summit Ascent said the outbreak of Covid-19 had “a huge impact” on the group’s gaming and hotel operations in the six months to June 30. Such impact included: the Russian government temporarily banning the entry to the country of foreign nationals, including those from Hong Kong and Macau; and the suspension of Tigre de Cristal’s gaming operations from March 28, as a countermeasure against the Covid-19 pandemic.

Such measures resulted in a “significant decrease” in the unaudited consolidated revenue for the period of “not more than approximately 63 percent as compared to the corresponding period in 2019,” said the casino investor. Summit Ascent had reported total net revenue of HKD257.3 million for the first half of 2019.

Tigre de Cristal had been authorised by the local authorities to resume operations starting from July 16, outside of the reporting period.

The Suncity Group Holdings’ filing noted that adjusted property earnings before interest, taxation, depreciation and amortisation (EBITDA) at Tigre de Cristal were HKD9.7 million in first-quarter 2020, down 83 percent from the prior-year period.

Net revenue from gaming operations in the opening quarter of 2020 fell by 27.9 percent year-on-year, to nearly HKD88.4 million, with VIP revenue more than halved to HKD16.4 million. Revenue from hotel operations stood at HKD3.6 million, down 63.3 percent from first-quarter 2019. The property’s operations were shuttered for the entire second quarter.

China has moved one step closer towards reopening, by relaxing some its Covid-19 control measures, with most infected people now able to quarantine at home rather than in state-sanctioned... END_OF_DOCUMENT_TOKEN_TO_BE_REPLACED