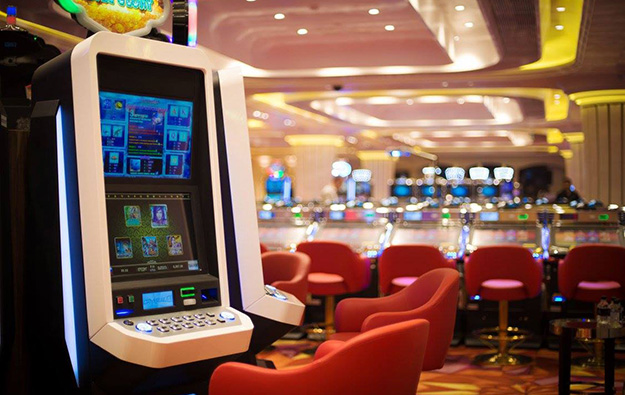 Summit Ascent Holdings Ltd has warned its shareholders of possible changes to gaming tax rates in Russia, which have the potential to hurt the casino operstor’s bottom line.

Hong Kong-listed Summit Ascent – headed by casino investor Lawrence Ho Yau Lung – is the lead developer of the Tigre de Cristal casino resort (pictured) in the Primorye casino development area, near Vladivostok in Russia. Phase one of the resort opened in autumn 2015. Tigre de Cristal is currently the only casino property in operation in Primorye.

“The [Russian] federal government has recently submitted a draft bill to the State Duma [national parliament] proposing an increase to the range of tax rates,” Summit Ascent said in a Tuesday filing. It did not mention when the proposal had been submitted.

Unlike in Macau or the Philippines, gaming tax in Russia is not levied based on a percentage of gaming revenue. The country charges casinos a monthly fixed levy on each gaming device – gaming table or gaming machine – in operation.

Gaming taxes are payable to the local governments. “Instead of dictating a specific tax charge which has to be levied, the tax code of the Russian Federation stipulates a range within which local governments may choose to levy monthly tax,” Summit Ascent explained in its filing.

Summit Ascent stated that a second reading of the draft bill in the State Duma was scheduled for Friday. The company added that the proposal would still need to pass a third – and final – reading in the State Duma and then be approved and signed off by President Vladimir Putin before being enacted.

“Therefore, it is too early for the board of directors of the company to predict whether the above proposed changes will become legally enforceable,” Summit Ascent wrote in the filing.

Citing recent contacts with representatives from the Primorsky local government regarding the proposed tax changes, the document stated that “the current intention of the Primorsky government is to propose to the local Duma (i.e. the Primorsky Krai Duma) to maintain the tax rates at existing levels (as they are within the ranges proposed in the draft bill), if the new federal law were to be enacted.”

Summit Ascent estimated that, if the draft bill becomes law and the Primorsky authorities opt to levy gaming tax at the highest possible rates permitted, there would be “a negative impact of approximately RUB9.02 million on the monthly gaming tax payable of Tigre de Cristal, equivalent to an annual negative impact of approximately RUB108.24 million.” The estimate was made assuming that the number of gaming tables and gaming machines in operation would remain the same as in September.

The Primorye casino development area is located 50 kilometres (31 miles) from Russia’s Pacific port of Vladivostok. Aside from Summit Ascent, two other firms are investing in gaming facilities in Primorye.

Hong Kong-listed casino operator and developer NagaCorp Ltd had a ceremony to break ground on its Primorye site in May 2015. The company has said it aims to open the property in the first half of 2019.

Macau recorded 965 “gaming-related” crimes in full-year 2022, down 29.7 percent on the 1,372 identified in the previous year, according to the latest statistics published on Tuesday by... END_OF_DOCUMENT_TOKEN_TO_BE_REPLACED