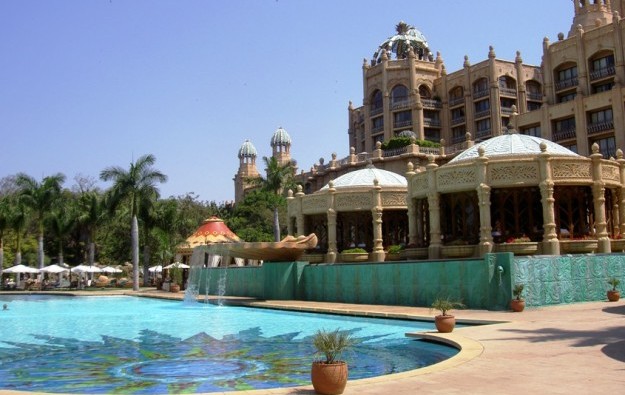 South Africa-based casino operator Sun International Ltd said the outlook for the rooms segment of its gaming resorts business sees “travel from China and India significantly down”. It gave the assessment in an investor presentation published on Tuesday of its unaudited results for the six months to December 31, 2014.

It didn’t give further details on either Chinese or Indian traveller trends. But it did say that “significant challenges” for the period included the outbreak of Ebola virus in West Africa, the Boko Haram terrorist insurgency in Nigeria, and falling global prices for crude oil. A number of middle income African countries with growing numbers of urban consumers rely on oil exports for a portion of their gross domestic product.

Sun International said the outlook in the gaming segment was that “pressure remains on consumer spending”.

The firm is listed on the Johannesburg stock exchange in South Africa. It operates casinos in Africa – including the flagship Sun City resort (pictured) in South Africa – and in Latin America.

The firm’s chief executive Graeme Stephens said – in a video posting regarding the interim numbers – that group wide during the period the firm had cut 1,500 jobs, and “as a consequence” had saved ZAR250 million (US$21.8 million). The interim period covers the first half of the firm’s fiscal year 2015.

Sun International said in its fiscal 2014 annual report for the 12 months to June 30, published in August, that it hopes to bolster its Latin America management team, giving senior executives more time to focus on “strategic input and developing new opportunities – both in Latin America and possibly Asia”.

Mr Stephens was quoted on Tuesday by South African news outlet Business Day, giving some more colour on the firm’s hopes for Asia. He was reported saying existing gaming markets in the Philippines and South Korea – and possible markets in Japan and Taiwan if legalised – were worth watching, but that it would be challenging to enter Asia.

“We are up against the gaming giants … so we might look at a casino operation as part of a large mixed-use development, or take a small piece of a larger casino entity,” Business Day quoted the executive as saying.

Mr Stephens said in the video posting that Sun International’s 6.6 percent year-on-year increase in fiscal first half revenue to ZAR5.29 billion was positive, but from a “low base”. The company declared a dividend of ZAR1.10 per share, up 22 percent year-on-year.

Macau’s casino gross gaming revenue (GGR) for the first five days of February is estimated at MOP1.9 billion (US$235.1 million) – or MOP380 million per day – a level that suggests a “45... END_OF_DOCUMENT_TOKEN_TO_BE_REPLACED