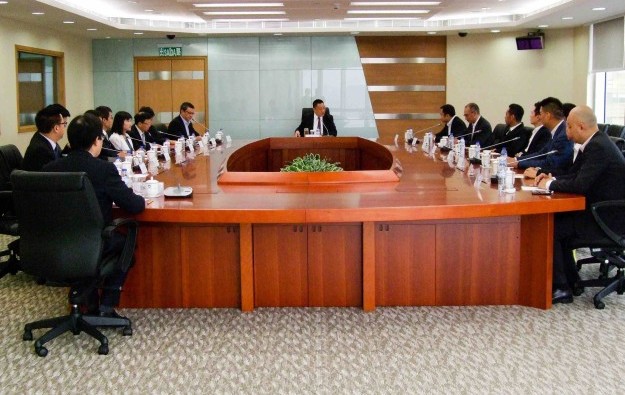 Mr Chau said his company would continue investing in other Asian gaming jurisdictions in order to expand the business, but not because of the downturn in Macau.

Macau’s casino gross gaming revenue (GGR) fell for the 16th straight month in September measured in year-on-year terms. Accumulated GGR for the first nine months of 2015 stands at MOP176.02 billion (US$22.1 billion), a fall of 36.2 percent from the prior-year period, according to official data.

Suncity Group operates VIP rooms in several casinos in Macau, as well as VIP clubs in South Korea, Australia and the Philippines, according to a corporate website.

“We will keep investing in other regions, but that is not related to the situation in Macau or to isolated incidents [in the city’s gaming industry],” Mr Chau said on Thursday, quoted by Macau public broadcaster TDM.

Mr Chau was referring to the alleged fraud amounting to tens of millions of U.S. dollars that rocked the Macau VIP gambling segment.

Macau junket operator Dore Entertainment Co Ltd announced in September it had been a victim of internal fraud by a former employee. Since the incident, the company has reportedly implemented a plan to scale down its business operations, including shutting down one of the three VIP rooms it promotes at casino hotel Wynn Macau.

The Suncity Group boss said these incidents were “already in the past”, adding that Macau’s VIP business “is now healthier”.

“The VIP room model is now becoming better – times have changed. When the tourism and mass-market rises, we will rise relatively,” said Mr Chau, cited by TDM.

His comments were made after representatives of the Macau Junket Operators Association on Thursday had a meeting (pictured) with Secretary for Economy and Finance, Lionel Leong Vai Tac.

The meeting focused on discussing the new guidelines for junket operators announced by the city’s Gaming and Inspection Coordination Bureau earlier this month. The gaming regulator said all junket operators would have to compile monthly accounting reports starting next year, and would also have to submit details on the key personnel in charge of financial operations.

The head of the junket association, Kwok Chi Chong, said the group backed the government’s plan to tighten junket regulation but called for more communication regarding the changes.

“We hope to have laws that are appropriate for the industry to develop more healthily,” Mr Kwok said, quoted by the public broadcaster.

Another topic discussed in Thursday’s meeting was the possibility of creating a database listing junket clients with outstanding debts, as proposed by the association. Any such measure would have to comply with the Macau Personal Data Protection Act, Mr Leong said, cited in a statement.