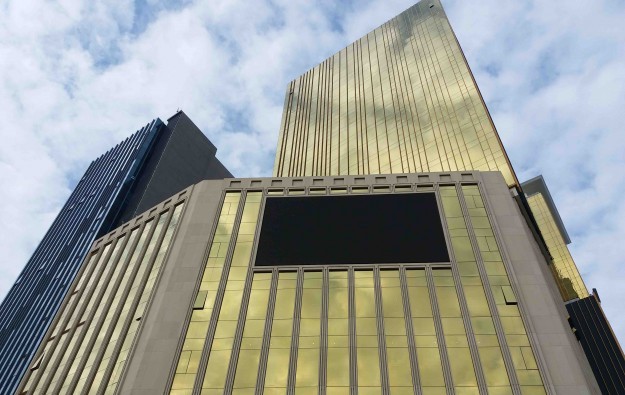 Macau junket operator Suncity Group – said by investment analysts to be one of the largest VIP gambling organisers in Macau – is opening VIP facilities at Naga 2 (pictured), part of the NagaWorld Complex, the only casino resort in Cambodia’s capital Phnom Penh. The casino property is operated by Hong Kong-listed NagaCorp Ltd.

Suncity Group will hold an opening ceremony on March 1, the firm said on its social media accounts.

NagaCorp’s chief marketing officer, Mike Ngai, was quoted by Hong Kong Chinese-language newspaper Ming Pao as saying at a press conference on Wednesday that the company would soon start collaborating with “one of the four most established” Macau junket operators at Naga 2. The executive did not identify the VIP promoter by name.

Naga 2 – opened in November last year – is connected to the original NagaWorld via a subterranean shopping mall called NagaCity Walk. Naga 1 and Naga 2 combined are now known as the NagaWorld Complex.

Naga 2, a 900-room extension to NagaWorld, offers live-dealer table games and a sports book. It also has shopping space; room for meetings, incentives, conferences and exhibitions (MICE); and theatre seating capacity for 2,200 people.

On Wednesday’s press conference, NagaCorp’s Mr Ngai was also quoted as saying that another Macau junket had already started VIP operations at Naga 2. The name of the junket operator was not disclosed at that time.

NagaCorp reported on Tuesday a 78.8. percent year-on-year increase in revenue to US$956.3 million. The firm said casino gross gaming revenue rose by 84.9 percent from the prior-year period, to US$926.0 million.

NagaWorld’s VIP rolling chip turnover in 2017 surged by 142.4 percent from a year earlier, to approximately US$21.1 billion, said the firm. The company reported earnings before interest, taxation, depreciation and amortisation (EBITDA) of US$319.7 million, up by 24.8 percent compared to 2016.

Commenting on NagaCorp’s results, brokerage Union Gaming Securities Asia Ltd’s said: “With less than two months of operations at Naga2, the company delivered a notable beat with US$139 million (+35 percent year-on-year) in the second half 2017 EBITDA versus consensus of about US$123 million.”

Union Gaming said in a Wednesday note that the growth in VIP volume at NagaWorld “makes sense … we have consistently heard from Macau junkets that the quality of Naga2 well-exceeded their expectations and that they would have no issues in bringing more of their players to Naga”.

“This … gives us confidence in our forward estimates for Naga’s VIP programme to generate Macau-flagship-like VIP volumes on a go-forward basis,” said analyst Grant Govertsen.