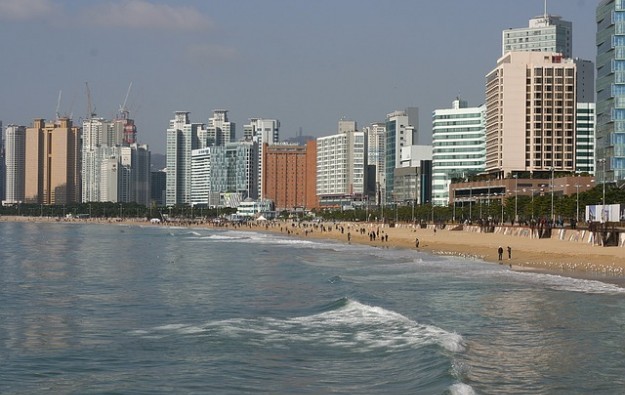 The memorandum of understanding related to Paradise Casino Busan, said Mr Chau’s firm in a filing to the Hong Kong Stock Exchange.

Busan (pictured) is a port city on the southeast coast of the Korean peninsula, and is only 90 minutes by air from the Japanese city of Osaka.

Suncity Group Holdings stated in its latest announcement: “The company has been focusing on expanding its tourism-related businesses and the board believes that should the possible cooperation materialise, it can enable both parties to form a synergy and develop… strengths, resources and expertise…”

The firm added: “Paradise Casino Busan is currently operated by Paradise [Co] and is a licensed casino with full range of gaming facilities located at the Paradise Hotel Busan by Haeundae Beach, one of the best tourist attractions in Busan.”

Notwithstanding its location, Paradise Hotel Busan was something of a laggard in the fourth quarter among the three casino operations run by Paradise Co on the Korean peninsula.

It booked only KRW20 billion (US$17.8 million) in casino sales in the three months to December 31, compared to the KRW80.7 billion achieved by the Walkerhill property in the capital Seoul, and KRW71.80 billion at Paradise City, a resort near Incheon International Airport, the air hub serving the capital. Paradise City is an investment partnership between Paradise Co and Japanese conglomerate Sega Sammy Holdings Inc.

The Jeju Grand casino hotel run by Paradise Co on Jeju Island, a semi-autonomous region of South Korea that has been popular with Chinese tourists, booked circa KRW7.4 billion in casino sales in the final quarter of 2018.

The contribution of Chinese VIP players to Paradise Co’s “soft drop” group wide – the amount of cash exchanged for chips by customers at gaming tables – rose 34.6 percent sequentially in the fourth quarter, to KRW541 billion, from KRW402 billion, the casino operator said in a results filing on Wednesday.

In recent years there has been some volatility in South Korean casinos’ earnings from Chinese players, attributed by some investment analysts to ongoing geopolitical tensions between China and South Korea.

TCS John Huxley Ltd, an equipment provider to the bricks and mortar casino industry, says it has launched to market a money wheel game “designed specifically for the iGaming sector”. “Mega Tilt... END_OF_DOCUMENT_TOKEN_TO_BE_REPLACED