Suncity listco to sell business jet to get immediate cash 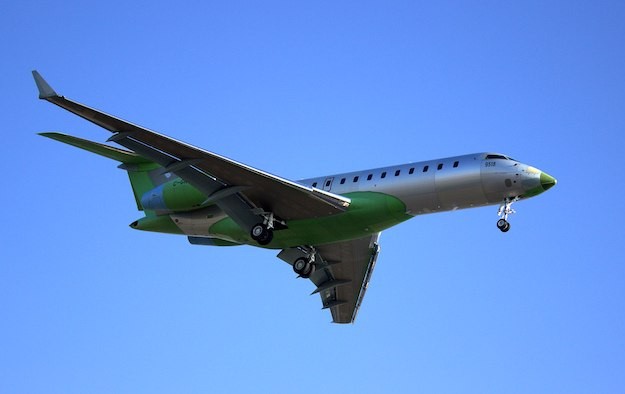 Regional casino investor Suncity Group Holdings Ltd plans to sell a business jet it acquired fewer than two years ago, the group said in a Wednesday filing to the Hong Kong Stock Exchange. The goal of the deal is to “enhance the liquidity position” of the firm, the document added.

The consideration involved is US$10 million, and the purchaser for the Bombardier Inc BD-700 jet (example pictured) is British-registered Jetcraft Global (UK) Ltd.

The deal involves a pre-tax loss of approximately HKD1.2 million (US$152,800), taking into consideration the net proceeds Suncity Group Holdings expects to achieve from the sale – approximately HKD73.3 million, or US$9.4 million – and the unaudited net book value of the aircraft, stated at slightly below HKD74.5 million.

Suncity Group Holdings said the disposal would generate “immediate cash” for it, which would “enhance the liquidity position” of the firm. The deal is expected to be completed by December 27.

On Friday, the company had warned the Hong Kong bourse that a syndicate that loaned around HKD300 million to its former boss, detained junket promoter Alvin Chau Cheok Wa, could gain a controlling stake in Suncity Group Holdings, in lieu of Mr Chau’s alleged default on the debt.

An earlier filing, on December 1, had said that Mr Chau, founder of the privately held casino junket brand Suncity Group, had resigned that day as chairman and an executive director of publicly-floated Suncity Holdings.

Mr Chau is in pre-trial detention in Macau, on suspicion of illegally facilitating proxy gambling in the Philippines on behalf of people from mainland China.

Hong Kong-listed Suncity Group Holdings is involved in an under-construction casino hotel at the Westside City scheme, at Entertainment City, Manila in the Philippines, through a non-wholly owned subsidiary Suntrust Home Developers Inc.

Suncity Group Holdings is additionally an investor in a hotel and gaming business – known as Tigre de Cristal – in Primorye, in the Russian Federation, through Hong Kong-listed Summit Ascent Holdings Ltd.

Suncity Group Holdings is also involved in a joint venture for the Hoiana casino resort in Quang Nam province, Vietnam, which opened in late June 2020.

The listed company reiterated in its Wednesday filing that on December 1 it had “suspended the operations of its travel and related business for the time being”.

Casino equipment supplier Sega Sammy Creation Inc said in a Friday release it was debuting its Genesis Crest 43J cabinet in Asia. The product will be available at an in-person trade show, G2E Asia:... END_OF_DOCUMENT_TOKEN_TO_BE_REPLACED