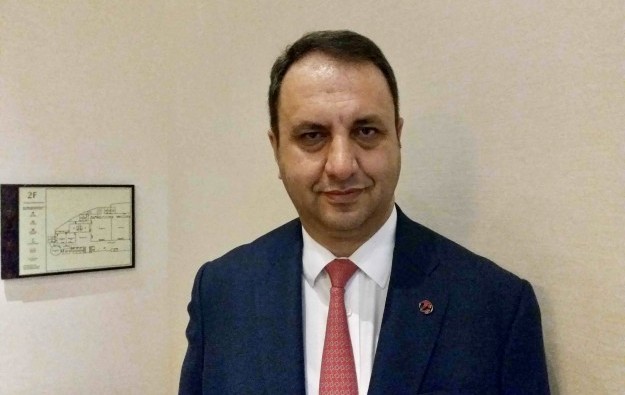 Macau junket brand Suncity’s move toward being a casino operator in the Manila market rather than just a supplier of VIP players should not be a threat to the incumbent operators in a still-growing Philippines casino sector.

The executive noted regarding Suncity’s business model: “They have high respect for their guests’ choices. They never force their players to go into ‘this or that’ property. They made it very clear that they [as a brand] want to be in every nice property.”

He was speaking to us on the sidelines of Global Gaming Expo (G2E) Asia @ the Philippines, a casino industry trade show and conference held in Manila last week at the Marriott Hotel Manila, part of the Resorts World Manila complex in the Philippine capital.

Travellers International – a venture between Philippine-listed conglomerate Alliance Global Group Inc and Hong Kong-listed casino cruise ship operator Genting Hong Kong Ltd – runs Resorts World Manila. It was the first of the new-style private-sector gaming complexes in the Manila market and had a first-phase launch in 2009.

Resorts World Manila is still undergoing expansion and is due to add next year an eighth hotel brand – a five-star Hotel Okura Manila – to the seven it has currently. Several of the existing seven – Hilton Manila Hotel and Sheraton Manila Hotel – are also five-star properties of the sort favoured by high-roller gamblers in Asian casino markets.

The Suncity brand’s junket business in Macau and other regional markets including the Philippines comes under the privately-held Suncity Group, according to previous statements by the brand.

Mr Dagtas confirmed that Suncity remains a junket partner at the Resorts World Manila casino business, following its launch of a VIP gaming room there in August.

Even if – as expected – the Suncity brand has its own Manila operation, Mr Dagtas anticipates that the brand will not push its customers to visit only Westside City Resorts.

He told GGRAsia: “If the customers are happy with Resorts World [Manila] or with Solaire [Resort and Casino] or with CoD [City of Dreams Manila] they [Suncity] don’t want to say ‘Oh we don’t have a room there, better go somewhere else’. Instead they say ‘We give you the choice; you decide’.”

Though the Resorts World Manila executive observed: “Obviously they will be influential in bringing guests to their own property, but I always say ‘100 percent of zero is still zero, and 50 percent of something is still something’.”

So Suncity, rather than risking “totally losing the customer” will “bring the customer where they want” to be, and “will still generate revenue,” he suggested.

There will also be elements of cooperation between the local parties and the Suncity brand regarding Westside City Resorts, said Mr Dagtas.

“Our design team is working together with their design team. It will be a jointly decided, co-developed project,” he told us.

GGRAsia asked Mr Dagtas about the October delisting of Travellers International from the Philippine Stock Exchange, which the firm had said in an August filing would allow it to address in a “timely” way, “evolving market demands and rapidly-changing customer needs without compromising its business strategies to competition”.

He told us: “The delisting was decided by the main shareholders, but there was pretty much no impact on operations.”

We also asked him whether it had taken time for Resorts World Manila to regain consumer trust following the June 2017 attack and fire set by a lone gunman that killed 37 at the property.

Mr Dagtas said: “It did. Only at the beginning of this year did we reach our pre-incident numbers.”

He added: “It will remain a sad memory in our minds, but people have come to accept it.”

Travellers International’s revenues from gaming in the three months to March 31 were PHP6.89 billion (US$135.6 million), up 53.8 percent versus PHP4.48 billion a year earlier, it had said in a May filing.

Other factors that had nonetheless weighed on business performance recently at Resorts World Manila included that the resort “appeared to be like a construction site when we were building the Grand Wing…. which created some negative impact,” Mr Dagtas told GGRAsia.

Alluding to the gunman incident, the executive noted: “Building consumer trust also took some time, but in 2019 first quarter, we reached our 2017 pre-incident numbers: ever since then it is growing.”

Speaking of the market-wide increase in Philippine casino gross gaming revenue – and the share of income from the sector’s operations that is payable to the country’s casino regulator – Mr Dagtas observed: “Nobody expected Philippine gaming to reach to this level.”

He noted: “When competition came, tourism and GDP went up, “there were a lot of positive elements” which pushed the gaming numbers.

It is likely that Macau will shortly have a third round of citywide centre-based Covid-19 testing in little more than a week, after the results so far of a second mass test – that was due to finish... END_OF_DOCUMENT_TOKEN_TO_BE_REPLACED