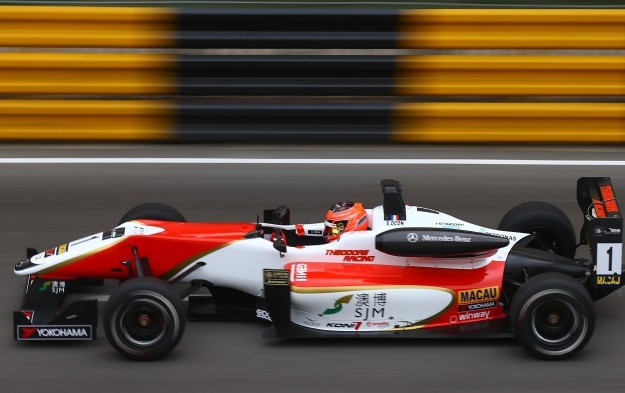 Macau VIP gaming investor Suncity Group is to be the title sponsor of the Macau Grand Prix for the third consecutive year, the organisers announced on Monday.

The latest edition of the annual motor racing event – the 63rd – will be held from November 17 to 20. Live and recorded television broadcasts of the races during the weekend meeting are carried by broadcasters around the world.

“Following an open tender, we have them [Suncity Group] to be our [overall title] sponsor, and for this year they are committing MOP20 million [US$2.5 million]. According to our information, they committed MOP14 million for last year’s edition,” said Pun Weng Kun, president of Macau’s Sports Bureau and coordinator of the Macau Grand Prix Organising Committee.

Mr Pun was speaking to the media following a sponsorship signing ceremony on Monday. It was attended by Alvin Chau Cheok Wa, described in a press release issued by the Sports Bureau as chief executive and director of Suncity Group. Mr Chau declined to answer questions from the media.

Mr Pun said the budget of the upcoming edition of the Macau Grand Prix would be “controlled” at an upper limit of approximately MOP200 million, which he said was an amount “similar to previous editions”.

China has moved one step closer towards reopening, by relaxing some its Covid-19 control measures, with most infected people now able to quarantine at home rather than in state-sanctioned... END_OF_DOCUMENT_TOKEN_TO_BE_REPLACED