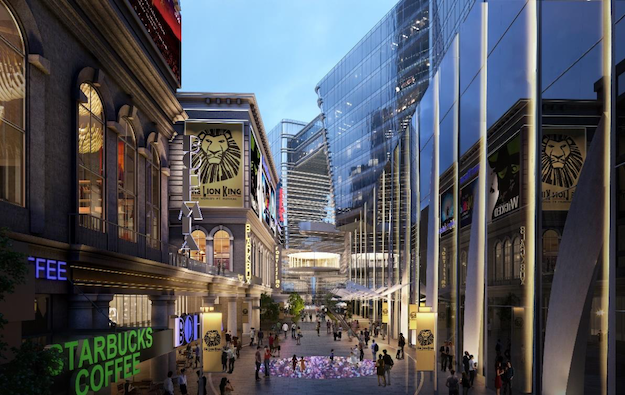 Manila-listed Suntrust Resort Holdings Inc has issued convertible bonds in the principal amount of PHP6.4 billion (US$120.1 million) to a unit of Hong Kong-listed Summit Ascent Holdings Ltd. The bonds were used to repay a US$120-million loan provided last year by Summit Ascent Investments Ltd, according to a Monday filing by Suntrust.

Suntrust – until recently known as Suntrust Home Developers Inc – is developing the “main hotel casino” (pictured in a rendering) at the Westside City Project, located in Manila’s Entertainment City. According to information provided by the group, the project has a price tag of approximately US$1 billion, and should commence operation in 2024.

Suntrust said in the filing that it issued the convertible bonds “to offset and in payment for the US$120 million loan obtained in 2021”. In addition, the Philippine company must pay Summit Ascent Investments just above US$6.79 million in accrued interest in excess of the maximum amount covered by the bonds.

Suntrust is 51-percent indirectly owned by Suncity Group Holdings Ltd, a Hong Kong-listed firm that – until his resignation in early December – had been chaired by Macau casino junket boss Alvin Chau Cheok Wa.

Following conversion of the bonds, Summit Ascent’s subsidiary should control a 34.85-percent stake in Suntrust, according to Monday’s filing. Suncity Group Holdings is the controlling shareholder of Summit Ascent, with a total stake of 69.66 percent in that company.

Assuming full conversion of the bonds into conversion shares and assuming that there is no change to Suntrust’s current outstanding capital, the public float will change from 14.33 percent – as of June 30, 2021 – to approximately 9.33 percent, stated the Philippine entity.

“However, the conversion rights may be exercised only if it will not cause Suntrust to be in breach of the relevant minimum public float requirement under the relevant Philippine Stock Exchange rules or circular, which is currently 10 percent,” it added.

Hong Kong-listed Wynn Macau Ltd says it will inject nearly MOP4.80 billion (US$596.4 million) into Wynn Resorts (Macau) SA. That is in order to comply with Macau’s revised gaming law and the... END_OF_DOCUMENT_TOKEN_TO_BE_REPLACED