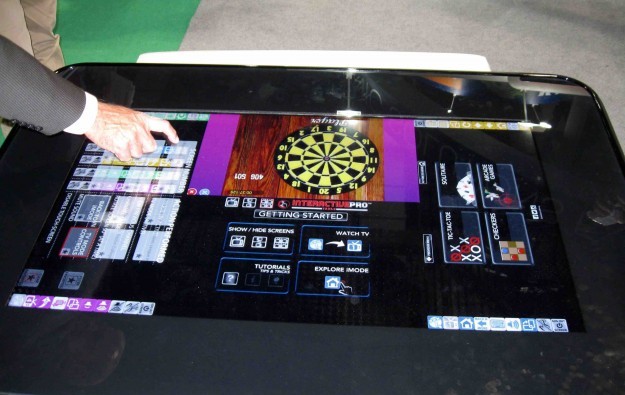 SuzoHapp Group is well known in the casino industry for its development and distribution of machine components for equipment operators and original manufacturers.

But the group says it now has even more to offer – especially since the acquisition in September 2014 of Italy-based currency technology firm Comesterogroup SRL, and the acquisition 14 months ago of Sweden-based cash handling technology company Scan Coin AB.

“We are developing as a company,” Geoffrey McDowell, managing director for Asia Pacific, told GGRAsia in an interview during the Global Gaming Expo (G2E) Asia 2016,an event  held in Macau from May 17 to 19.

“We have been very much an amusement- and gaming-focused company; now it’s much broader. We cover any self-service application – from transportation to retailing, to amusement and gaming – anything that you put cash-in or coin-in, or that dispenses tickets or cash, or where there’s an interaction between a person and a terminal,” said Mr McDowell.

“We see ourselves heavily involved in this: as a manufacturer, as an OEM component supplier [supplier to other manufacturers], [and] as a technology and solutions supplier,” he added.

SuzoHapp’s stand at G2E Asia 2016 included the Comestero RM5 HD, a coin validation product that has already achieved sales of one million units globally. Coin and note sorting technology from Scan Coin was also on display.

“We’ve just launched a [casino] chip dispensing machine,” Mr McDowell told GGRAsia. “It is money in, and chips out. We are also looking to go the other way – to do chips in, money out… effectively a self-serve cage on the floor,” explained the executive.

“With that ‘cage on the floor’ concept and the CRT, we are looking to offer a remote, self-service, cage system,” for casino operators, added the SuzoHapp representative.

The company also showed at G2E Asia 2016 the latest version of its InteractivePro Table (pictured), which Mr McDowell affectionately refers to as “a giant computer tablet on legs”.

He stated: “It uses proprietary Linux software that allows you to run any media content through it. It can drive applications such as Android apps. It can be used – where approved by regulators – for slot games, live [casino] table games, pari-mutuel betting, watching TV, taking live feeds [of sport or entertainment].”

The table surface uses toughened 6-millimetre (0.2-inch), spill-proof glass that is responsive to the user’s touch – as with a smartphone or tablet.

Wynn Resorts Ltd has installed several of the tables in a new gaming lounge in its Wynn Las Vegas property, according to SuzoHapp. MGM Resorts International has also installed a number of units of the InteractivePro Table for its Las Vegas Strip operations.

“The product has been successful in the U.S. and is starting to get some traction in Europe now… and we have had quite a few sales in Australia as well,” explained Mr McDowell.

“It addresses the interactive experience and how you get the younger element to your venue. We’ve been working on that as a product over the last four years,” he added.

“In jurisdictions that allow it, you can use the InteractivePro Table to log on with your e-wallet, place your horseracing bets, play some casino games, order your food – and eat your food – all without needing to get up from the table… and it’s spill proof as well. It’s a great way of keeping people in your venue,” said Mr McDowell.

The imminent return of package tours from mainland China will not only help boost Macau’s tourism businesses, but is also expected to help casinos gain more foot traffic in their mass gaming... END_OF_DOCUMENT_TOKEN_TO_BE_REPLACED