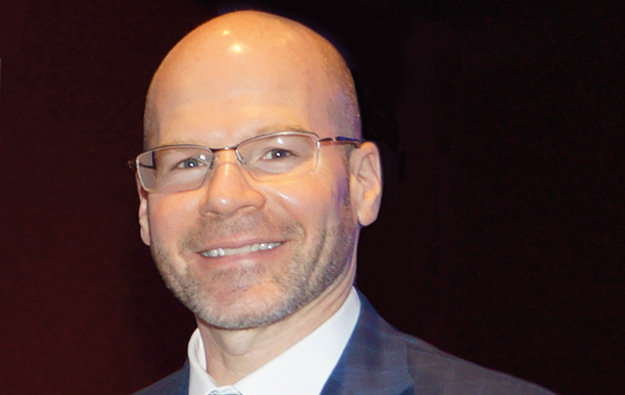 Cash-handling technology specialist and gaming industry equipment supplier SuzoHapp Group has appointed Sim Bielak as president of global gaming and amusement business. The appointment became effective on June 3 but was only announced by the company on Wednesday.

Mr Bielak (pictured) joined SuzoHapp in 2013. Most recently, he was the company’s chief marketing officer.

Mr Bielak’s professional experience includes a spell with Crane Co, a United States-based maker of equipment for the gaming sector and other industries.

“This new role will allow him to leverage his experience and relationships to drive growth within this valued area of the SuzoHapp business,” said the firm in a press release.

“I am thrilled to have someone of Sim’s calibre running our core gaming and amusement business,” SuzoHapp’s managing director, Ken Brotman, said in a prepared statement included in the release. He added: “Sim knows this business well and will bring the knowledge and energy needed to serve our customers well and deliver strong results for our company.”

He added: “With solid existing core market growth and emerging markets development, we can innovate and grow our share. With industry consolidation, we can leverage our global operation to deliver efficiency better than anyone else.”

SuzoHapp’s vice president, commercial and strategy for the Asia-Pacific region, Peter Noye, told GGRAsia in May the firm expected business in the Asian casino sector to ramp up starting in the “mid to late” portion of this year.

Privately-held SuzoHapp does not disclose publicly its financial results.

In January, it was announced that SuzoHapp and Castles Technology International Corp of Taiwan, a manufacturer of payment processing hardware, had agreed to collaborate in developing and selling new sorts of terminals that accept payments in forms other than cash.

According to SuzoHapp, the firm has more 1,100 employees and operates in 19 countries. Its dealer network reportedly covers more than 100 countries.

Macau’s annual Gaming Service Index survey of casino resort staff performance shows that the overall index in the fourth quarter of 2021 stood at the same level as the same period in 2020. But the... END_OF_DOCUMENT_TOKEN_TO_BE_REPLACED