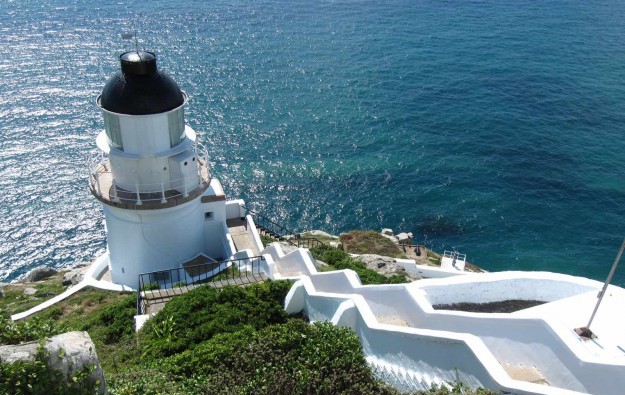 A new direct fast ferry service between Taiwan’s outlying island chain of Matsu (pictured) and the mainland China city of Fuzhou in Fujian province is to start on Wednesday, reports the Central News Agency (CNA) media outlet in Taiwan. The new link would dramatically shorten the sea journey between the two places compared to existing services, reported the agency.

According to the story, a one-way journey between Matsu’s Beigan Island and Fuzhou – which has a population of approximately 2.1 million people – will take little more than 20 minutes.

Taiwan has mooted allowing casino resorts in one or more of its outlying island chains, chiefly with the aim of attracting mainland China visitors. Matsu has been identified as a prime candidate for such a venture.

A prohibition on gambling – in relation to Taiwan’s outlying island chains of Matsu, of Kinmen and of Penghu – was lifted by Taiwan’s government in 2009. In a referendum in July 2012, the residents of Matsu voted in favour of casinos in order to attract tourists and boost the local economy.

But since then passage of further legal measures needed in order to turn the policy idea into reality has been stalled by Taiwan’s legislative process, amid some opposition from lawmakers in Taiwan’s parliament, a body known as the Legislative Yuan.

The idea of casinos in Taiwan has also faced resistance in mainland China.

In May, Xinhua, an official mainland news agency, quoted a spokesman from the State Council’s Taiwan Affairs Office, appearing to rule out the idea of mainland China residents being allowed to travel to any offshore island casinos that Taiwan might allow.

The price of a one-way ticket on the new Matsu to Fuzhou ferry service is temporarily set at NTD675 (US$20), the Lienchiang County government, Matsu’s local authority, said on Sunday according to CNA.

In early November, CNA reported that residents in Taiwan’s outlying island chain of Penghu might vote again early in 2016 on whether to allow casinos in their county. In a September 2009 referendum, more than 17,000 Penghu residents – or 56.4 percent of the total turnout – voted against a proposal to allow casino resorts there.

Macau’s casino gross gaming revenue (GGR) for the first five days of February is estimated at MOP1.9 billion (US$235.1 million) – or MOP380 million per day – a level that suggests a “45... END_OF_DOCUMENT_TOKEN_TO_BE_REPLACED