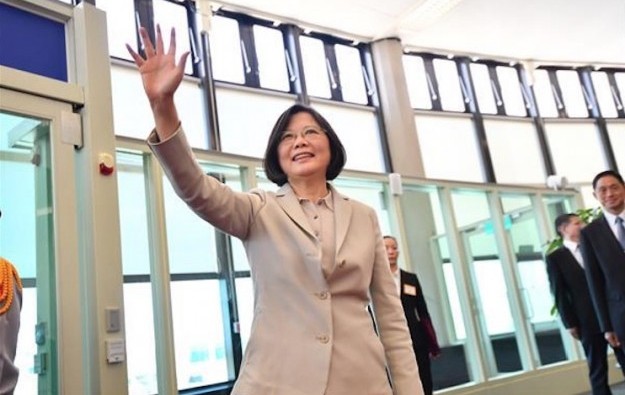 Taiwan’s President Tsai Ing-wen (pictured), of the governing Democratic Progressive Party (DPP), reiterated on Wednesday the party’s opposition to the opening of casinos in Penghu County. Voters in Penghu – an outlying island chain – will vote in a referendum due on October 15, regarding the idea of allowing casino gaming there.

The party’s position on the matter has not changed, Ms Tsai said at a DPP Central Standing Committee meeting. The president added that Penghu should focus on developing tourism rather than rely on gambling for local development, reported Taiwan’s Central News Agency, quoting DPP spokesman Wang Min-sheng.

This month’s referendum will mark the second time that the eligible electorate in Penghu has been asked to vote on the casino issue. A Penghu referendum held in September 2009 resulted in more than 17,000 Penghu residents – about 56.44 percent of the total number of voters – voting against such a plan for their county.

The DPP in September had called for residents in Penghu to vote ‘no’ in the October 15 plebiscite. Advocates of a ‘yes’ vote in Penghu have said that the DPP should “remain neutral and respect the residents’ decision”.

With the DPP currently controlling the central and the Penghu government, the legalisation of casinos in Taiwan could face new challenges even if Penghu residents vote ‘yes’, according to investment analysts.

On Wednesday, Ms Tsai emphasised that gaming is not the only way to boost Penghu’s development, adding that the DPP administration would demonstrate its resolve to promote economic development in the county, reported the Central News Agency.

Most of Macau’s casino operators are likely to generate positive free cash flow in the first quarter, given the robust recovery level of mass-market gross gaming revenue (GGR) in January, relative... END_OF_DOCUMENT_TOKEN_TO_BE_REPLACED